Guardians’ Luke Maile gets near homer stuck on top of fence 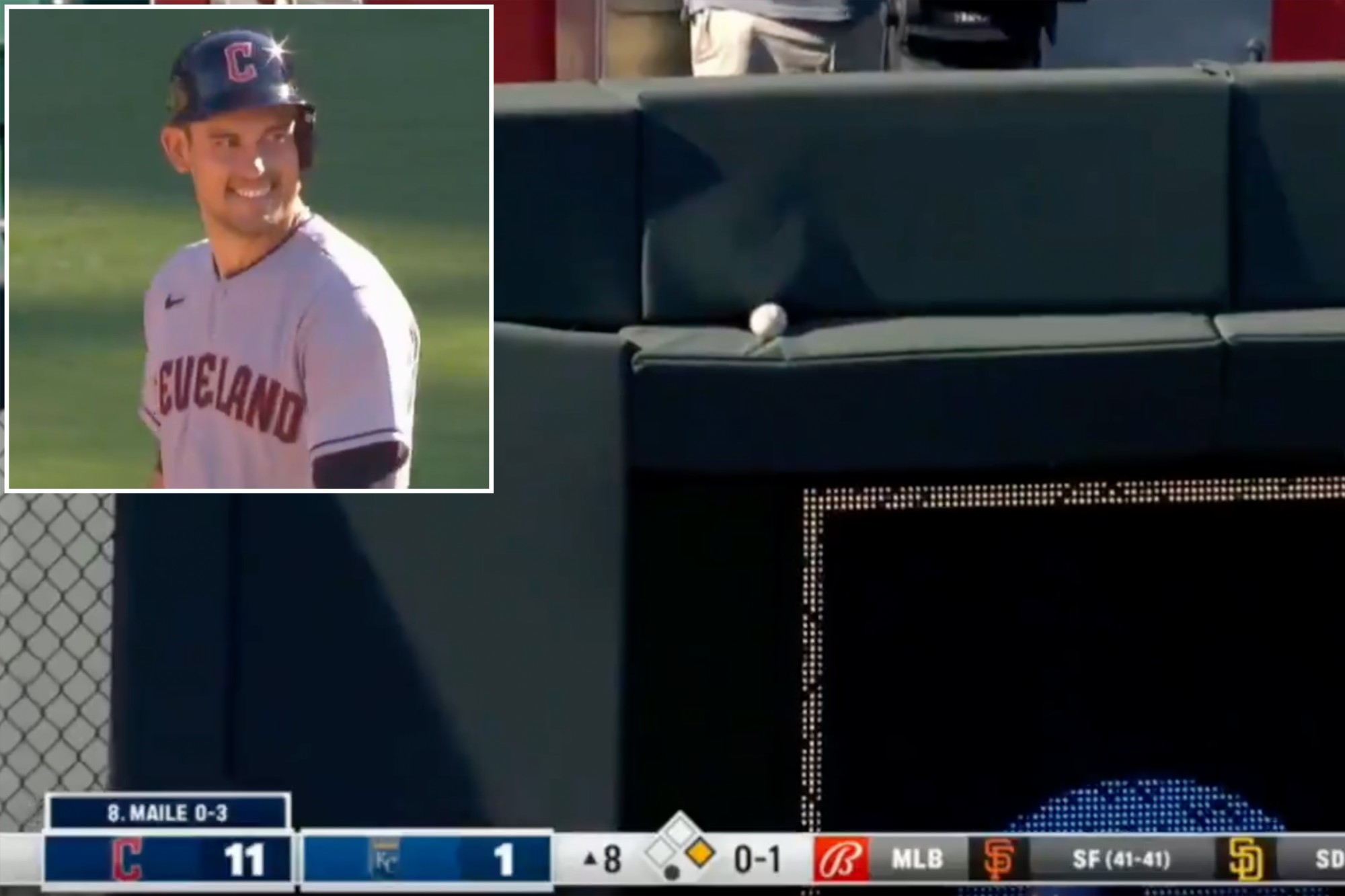 Here’s something we’ve never seen before: a baseball getting stuck atop the wall.

Guardians catcher Luke Maile found himself in that bizarre position on Saturday, driving a ball into left field at Kauffman Stadium in Kansas City that landed perfectly on top of the wall.

It didn’t end up mattering much in a 13-1 win for Cleveland, but it was quite a bizarre play nonetheless. Of course, it’s not rare that a ball hits the top of the wall and comes back into play — Todd Zeile in Game 1 of the 2000 World Series being perhaps the most notable example — but the ball staying on the wall is quite a rarity.

The play was scored as a ground rule double, which is certainly unlucky for Maile, who could have ended up with his first home run since 2019.

The journeyman catcher is hitting .188/.280/.288 this season for the Guardians, but he leads the AL in caught stealing percentage, throwing out 40 percent of runners.

On Saturday, though, he simply found himself unlucky.