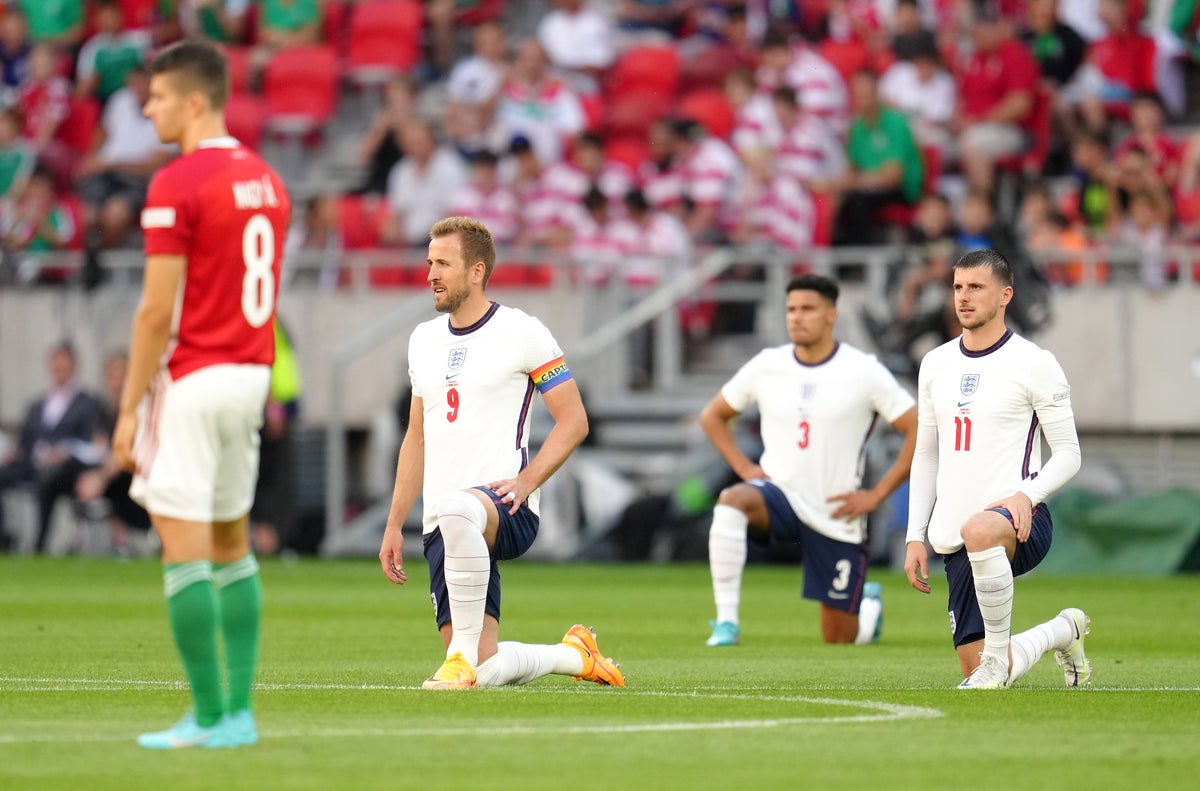 Gareth Southgate has hailed the decision of both teams to take the knee prior to England’s Uefa Nations League game against Germany in Munich on Tuesday.

England players were barracked by some sections of the crowd when they made the gesture prior to Saturday’s defeat to Hungary in Budapest.

Southgate said: “We’re two nations with huge numbers of mixed heritage nationals and I think it’s an important sign for everybody, so we welcome that. We are united in our beliefs.”

Defenders James Justin and Fikayo Tomori have both been ruled out of the game due to injury but Marc Guehi is set to return from an ankle injury.

Justin limped out of his debut against Hungary with a calf problem while Tomori has a hamstring issue, but Southgate is confident both players will make swift returns.

He added: “James won’t be ready for tomorrow but we’re hopeful that he can be back, if not for the next game, then the one after.

“Marc, as far as we’ve assessed him to this point, should be available for tomorrow. Fikayo might be a little longer but he’s progressed really well. We’re going to give him that little bit longer because that will be beneficial for him.”

England face a Germany team who have not lost since they were beaten by Southgate’s men in the last 16 of Euro 2020.

And despite also crashing out of the 2018 World Cup after finishing bottom of Group F, Southgate is under no illusions about the status of Germany on the international stage.

He added: “For me, Germany and Brazil are still the benchmark in terms of the countries who have regularly and consistently won tournaments.

“Even when everyone will talk about the 5-1 (England win) here, they ended up in the World Cup final on the back of that qualifying campaign.

“So you have to respect what they’ve been as a country and what they are as a country in footballing terms, and that mentality is what we’re trying to create. We’ve got to keep getting to the final stages of competitions and games like tomorrow are brilliant for us – they’re exactly the kinds of test we need.”