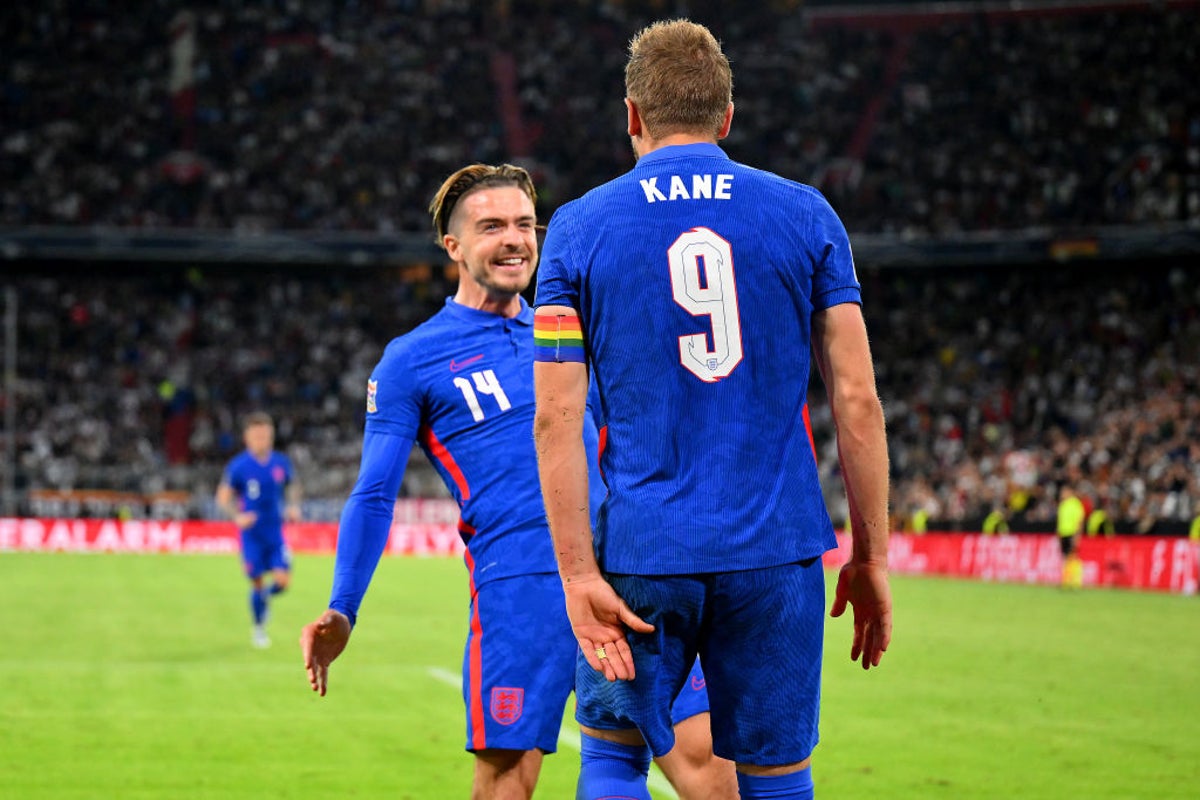 England get away with one, but also get a lot to think about.

Harry Kane scored his 50th international goal with a contentious late penalty, to secure a 1-1 draw against Germany that Gareth Southgate’s side probably didn’t deserve. The mixed feelings were further emphasised by the context. This was undeniably a good result, from a middling performance, that also represents the first time that England have failed to win two consecutive games since June 2019.

That stat shows how far they’ve come, but maybe reminds there is also a bit to go. It was not a quirk that they failed to win this game, for all the caveats of a Nations League game.

The most notable aspect of the match was how Germany looked like they would play this way regardless of the fixture.

Hansi Flick has given them a new identity, that is itself so easy to see. It is something England still lack, and does raise more questions about what next for the summer. It is not all Southgate is missing, mind.

His side also lack the kind of notional holding midfielder that can play the sort of through ball Joshua Kimmich did in the 50th minute of this match, so divinely setting up Jonas Hofmann for his third international goal.

England did rally, though, which is to their credit.

They will probably need similar resolve to actually win this World Cup, on the evidence of this game.

It wasn’t a full-strength England at full pelt, of course, but what was so striking was how impressive Germany’s base level was.

It was very quickly very obvious that they are already a transformed team from last summer, and pretty much the previous four years. Where they had long been stale under Jogi Loew, they were so sharp here. Their pressing and counter-pressing were in fact so intensive that it made them look like a club team, and it should not be forgotten that Flick had a similarly quick effect with Bayern Munich on taking that job in 2020.

All of that meant Germany dominated general play, with England left to adapt around that and look for individual moments, or openings.

That can actually be easy to see with a Flick team, but difficult to exploit. As with his Champions League-winning Bayern, Germany are willing to play an abrasively high line, because the risk tends to be well worth the reward.

It’s especially true when England lack that kind of Kimmich-style pass to open that line. It was why Jack Grealish made such a difference when he came on. Until then, amid long periods when Germany’s intensity was causing chaos in Jordan Pickford’s box, the best Southgate’s side had to offer was set-pieces and breaks.

For one, Harry Maguire beat Neuer to a corner, which left his goal unprotected. It fell to Kane, but he blazed his shot over the bar.

It looked rushed, and that of a fatigued player.

Germany were sharper, and so much more composed.

Hence that moment that illuminated the game. As Germany built play, and England sought to congest the box, Kimmich unlocked it all with an incisive first-time pass.

Hofmann struck the ball well, but Pickford was not so strong with his hand.

It stood out all the more given that Neuer had earlier beaten a Bukayo Saka shot away with such nonchalance.

Neuer wasn’t so casual in the 76th minute, but that was because he was spectacularly defiant. Kane finally got a shot on target from a superb Grealish ball, but the goalkeeper deflected it away in his distinctive way.

This was one of the oddities of the game. England had as many big chances as Germany, but didn’t really have as much to admire.

David Raum had got people off seats with the way he got up the line, with Ilkay Gundogan controlling everything in the middle.

At the head of midfield, Jamal Musiala had probably been the game’s stand-out player. He certainly offered most of the exciting moments, especially with the way he somehow got free of entanglements still striding strong, and never having lost control of the ball.

Musiala, who of course switched from England and had previously played underage with Jude Bellingham, already looks one of those youngsters who could go to the next level at a World Cup.

He isn’t quite the finished product yet, though, which is like his team.

That is one of the points of these Nations League matches for the managers; to hone the teams, to come up with new options.

England ultimately resorted to an old reliable, though. There was Kane’s dependability.

He had gone down for a penalty when he had been offside, and then stepped up to of course score.

It felt one of the certainties on an evening that offered a few new questions for Southgate, rather than new options.