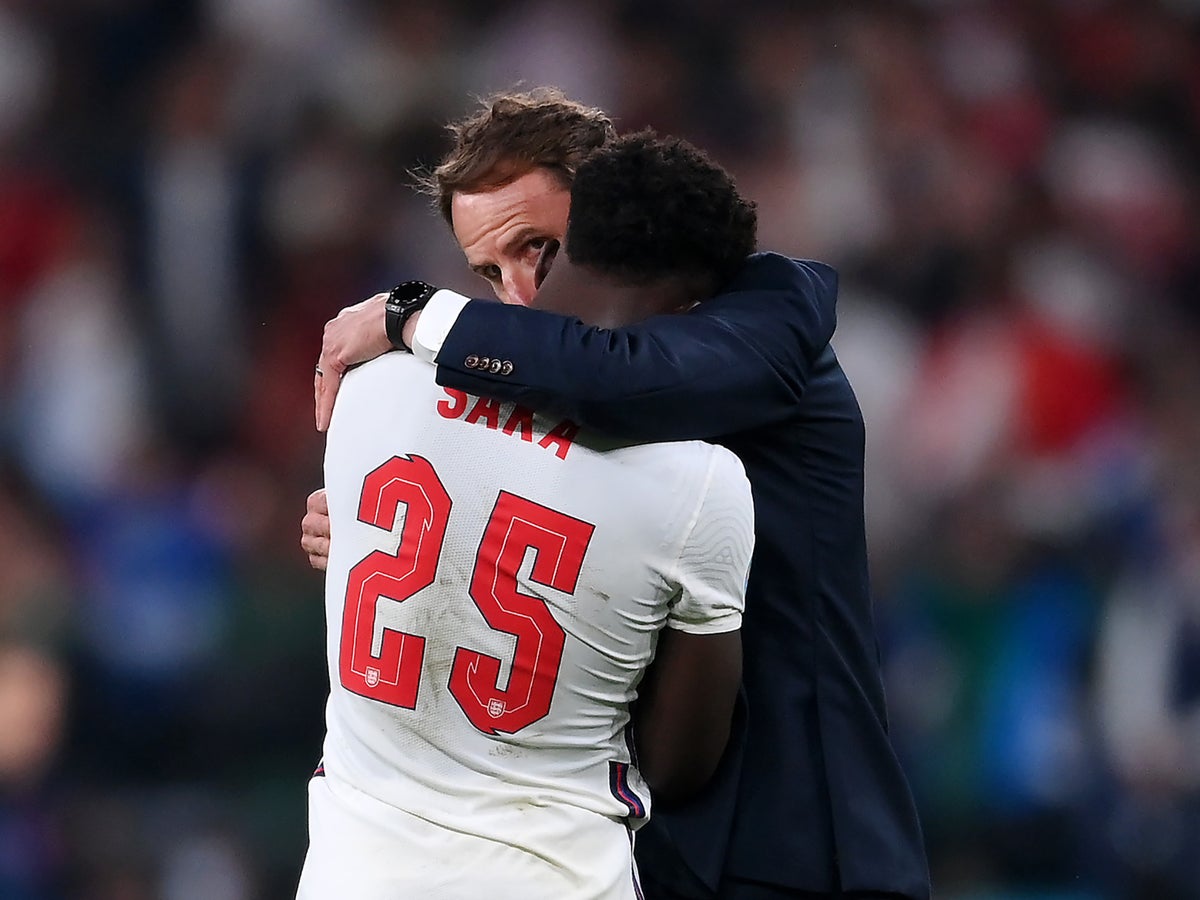 As Gareth Southgate left the England camp for the final time at the end of Euro 2020, a rather difficult question entered his head. The manager had been reflecting on the racial abuse that Marcus Rashford, Bukayo Saka and Jadon Sancho had suffered after missing penalties in the final.

“When I left the Grove that day, I couldn’t help but feel ‘have I created this situation here for the boys?’”

It is obviously a hugely unfair burden to place on himself, since his job dictates that he give players professional responsibility. But it also points to the increasing complexities that come with being England manager, and to how the outside world influences what happens on the pitch. The match on Tuesday against Germany in the Nations League has only put these complexities in sharper focus.

There is first of all the concern over potential trouble with fans in Munich, which runs alongside the more serious issue of supposed supporters racially abusing players.

Meanwhile, Germany have confirmed that they will take the knee with England on Tuesday to raise awareness about racial inequality. There is then, of course, the history of the fixture, and the history of penalties, which saw Southgate discuss what is a hugely complicated subject in a wide-ranging sit-down with the written press.

The England manager went on to say he banished that initial question from his thoughts, but admitted it all adds another “layer of complexity” to the job.

“It wouldn’t be right to not pick the players you think are best to take them because of what the possible consequences of them missing would be. I’ve got to pick them on the belief they are going to score.”

A core question, however, is whether the potential for even worse abuse than usual now enters the heads of some players who step up.

“We’re goosed, then,” Southgate said, in a mock tone solely to underscore the seriousness of the issue. “We’ve got 55 years of talking about penalties and everything else. So we’ve now got another layer that’s going to make it extremely difficult for us to win anything.”

It was put to the England manager that, unlike his miss in 1996, the Euro 2020 trio were not criticised for their technique but their skin colour.

“We know that’s ludicrous. We know that’s outrageous to even think about. I’m trying to balance whether the question is about the racism itself, which is abhorrent and unacceptable, and what you’re identifying, that there’s another layer of complexity in making that decision. We went through a process of preparing for penalties. We’ve definitely reviewed that.

“Some of the boys have taken more with their clubs. Reece James has, I think, had four in shoot-outs this year. Trent [Alexander-Arnold] has had two. Bukayo has now taken a couple for his club, which were massively courageous moments that epitomised what he’s about.

“But indirectly, we have created another layer of difficulty in overcoming a penalty shoot-out. I have got to take all of those things into consideration and it is incredibly complex.

“One of the things that was very clear was that all the other big nations had far more who take regularly for their club. We only had [Harry] Kane and Rashford, who was the second one in after Bruno Fernandes [at Manchester United] really.

“We have got to do that work. Maybe they are getting some practice with clubs, which Chelsea and Liverpool definitely did this year. But we’ve got to cover that work in our camps on the days we can and make it really focused and specific. We’re doing what we can. Psychology is definitely a part of it and I have to be aware of all of those things.”

Dublin minors ready to resume their quest for All-Ireland honours