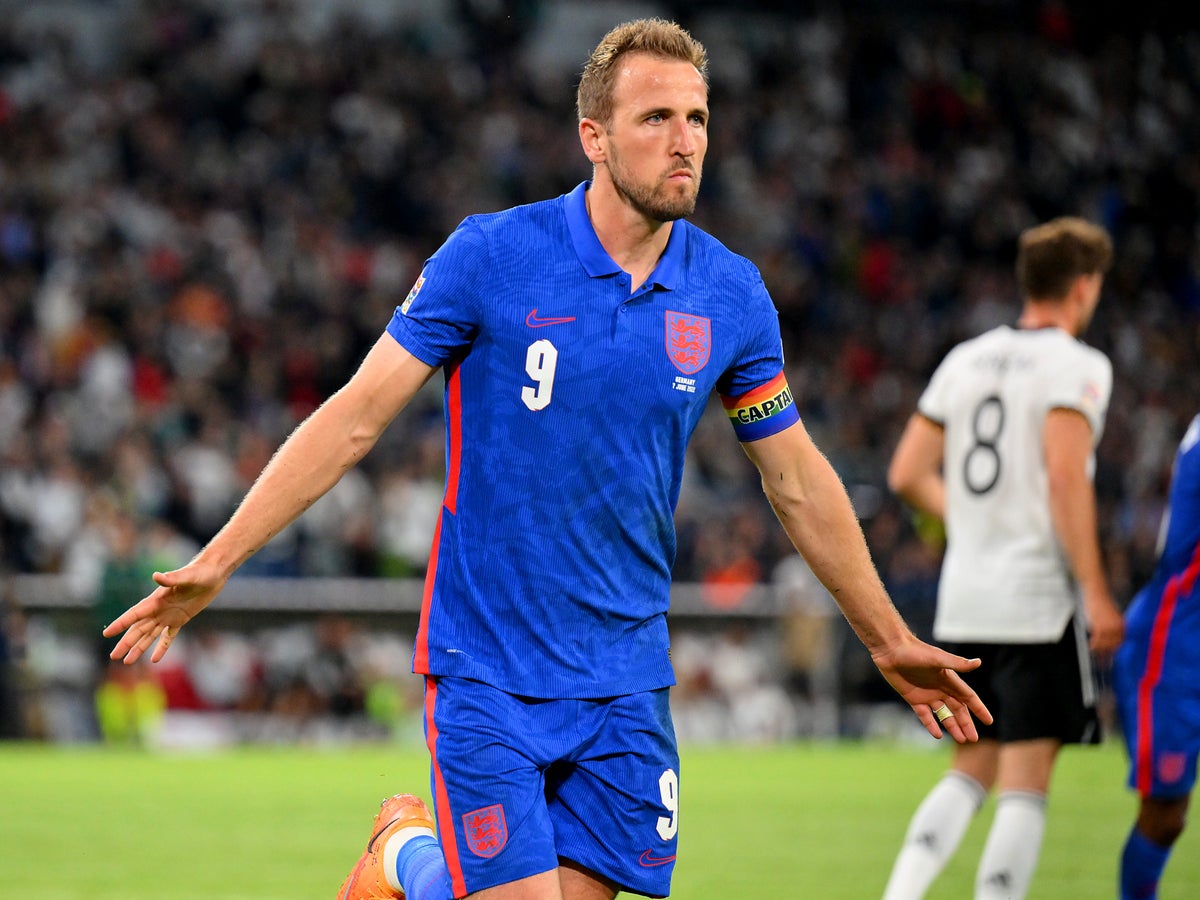 This was far from a perfect England performance. At one point, it appeared as though they would lose consecutive games for the first time in almost four years and fail to score back-to-back for the first time in five. Germany will be disappointed not to have made more of their dominance. Credit to Gareth Southgate, though, as his substitutions spurred a late rally that ultimately brought a late equaliser from the penalty spot through Harry Kane.

Southgate’s in-game management has been arguably the most scrutinised element of his time in charge, culpable in both the famous Croatia and Italy defeats, but the introduction of Jack Grealish spurred his side on to take a point they could hardly say they deserved. Jarrod Bowen also made an impact off the bench, while Jude Bellingham impressed after his early introduction. This was a case of the England bench seeing problems and fixing them, eventually at least.

A taste for experimentation may have led to England’s first 90-minute defeat for 22 games against Hungary at the weekend but Southgate continued to chop and change, mindful that opportunities to do so before Qatar are limited. That meant the back three was gone, even if it proved successful in that Euro 2020 last-16 tie, and a more open 4-2-3-1 system made for a more open game. Too open at times, perhaps.

This is a different Germany side to the one beaten at Wembley last summer now under the guidance of Hansi Flick, but lined up in the same formation as under Jogi Low and relied upon similar fast, transition wing play. Matching up and combatting specific threats worked for England then. International football is rarely that simple and, perhaps in that knowledge, Southgate attempted something different this time but for the most part, it did not work.

Width was key to Germany’s initial superiority. Jonas Hoffmann found space time and again down the right and had a goal narrowly disallowed for offside before scoring. On the left, David Raum was afforded the same freedom. This was in stark contrast to their opponents for the evening, whose general play was as narrow as their ideas once in possession until the late rally.

That likely has something to do with the lack of a left-footed left-back. The unfortunate Luke Shaw and Ben Chilwell are both absent from this squad through injury, again, and cannot always be relied upon. The shortage of genuine options behind them is concerning. Kieran Trippier was the second right-footed player to start there after James Justin against Hungary. Both are right-footed and limited England’s approach.

Musiala destined to be the one that got away

Perhaps Jamal Musiala playing for England was always unlikely. The 19-year-old moved to this country as a seven year-old, could barely speak the language and his heart was always in Germany rather than his adopted home even while playing in its youth set-ups. Southgate admitted as much in the build-up, yet was nevertheless disappointed when the 19-year-old announced his decision last year.

On this evidence, it was easy to see why. The Allianz Arena crowd cooed in delight and expectation practically every time he touched the ball – which was often, as Germany’s most dangerous outlet – but particularly when a spot of close control was followed by an agile turn that took out three England players. Hansi Flick was the greatest advocate of his abilities at Bayern Munich. He can be just as much a revelation at international level.

One sour note for the night was the injury to Kalvin Phillips early on, which cut his first start in an England shirt since November short after less than a quarter of an hour. Thankfully, it only looked like a dead leg. Trippier, Raheem Sterling and Bukayo Saka all seemed to carry slight problems at one point or another. Bellingham was down at the end too, with Germany refusing to stop play.

While Phillips’ issue came through a collision with Nico Scholotterbeck and it can be easy to read too much into a single 90 minutes, the amount of problems England picked up feels at least partly related to the scheduling of these four Nations League games at the end of a gruelling season. In a calendar as picked as this, a tournament that was previously a fresh, vibrant addition to the schedule feels unnecessary and worse, a risk to the players themselves.

Showing your vulnerability is so important, says Dina Asher-Smith