Germany to take the knee in show of solidarity with England 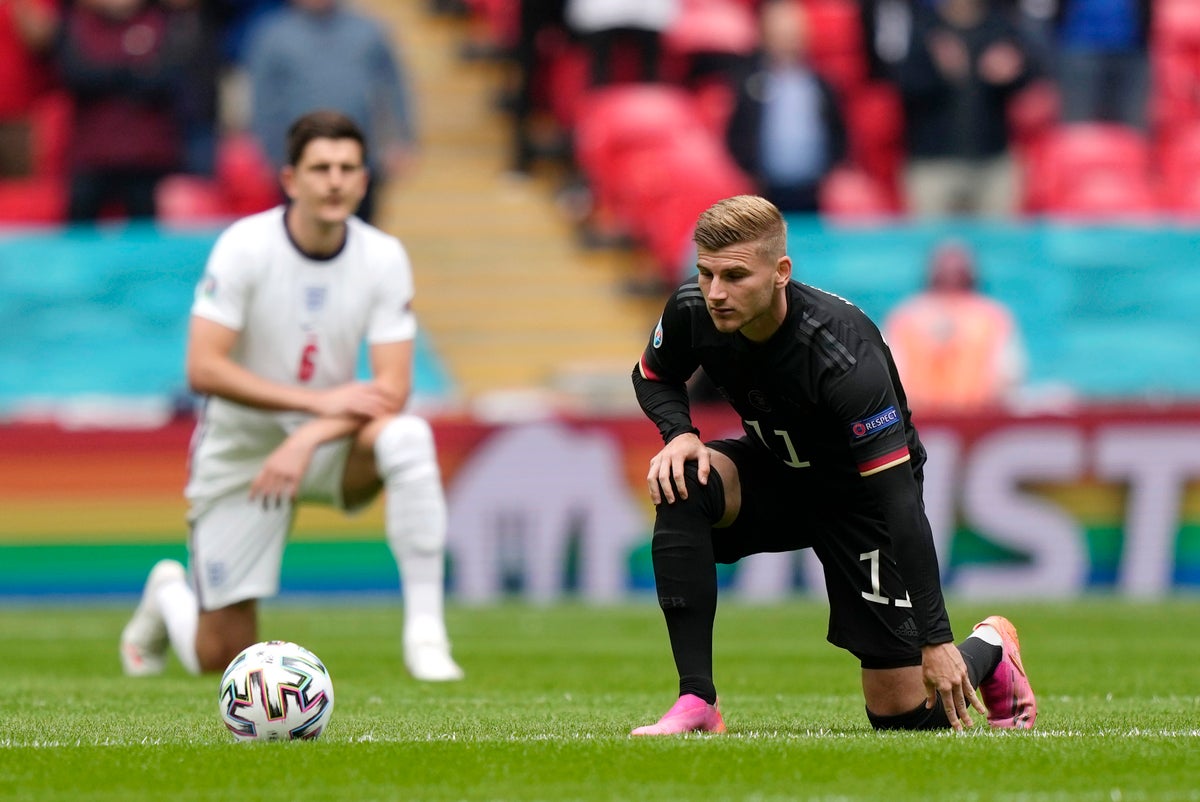 Ilkay Gundogan confirmed Germany would take the knee in a show of solidarity with England after the anti-racism gesture was jeered by stands filled with children in Hungary.

The depressing reaction greeted the stance in Saturday’s Nations League opener at the Puskas Arena, which was half full despite the hosts serving a Uefa punishment for discriminatory behaviour at Euro 2020.

There were around 35,000 in attendance for a match that was supposedly being played behind closed doors as Hungary made the most out of regulations that allowed children to attend in such circumstances.

Manager Gareth Southgate blamed “inherited thinking” for those jeering when England players took the knee, which they will do so again before Tuesday’s Nations League match at the Allianz Arena in Munich.

Germany joined England in taking the knee before the Euro 2020 last-16 tie at Wembley and Manchester City midfielder Gundogan said they have decided to do so again.

“Well, tomorrow, we will go down on our knees together with the English because we want to support this whole initiative,” he said.

“We did this last year at the Euro and, of course, we will do it tomorrow too. I’m used to that from the English league, where we do it almost every match so it’s nothing new for me.

“We talked about it inside the team and we will support the opponent.”

De Ruyter has a plan up his sleeve

Craig David on royal event at Buckingham Palace: ‘We had to pinch ourselves’