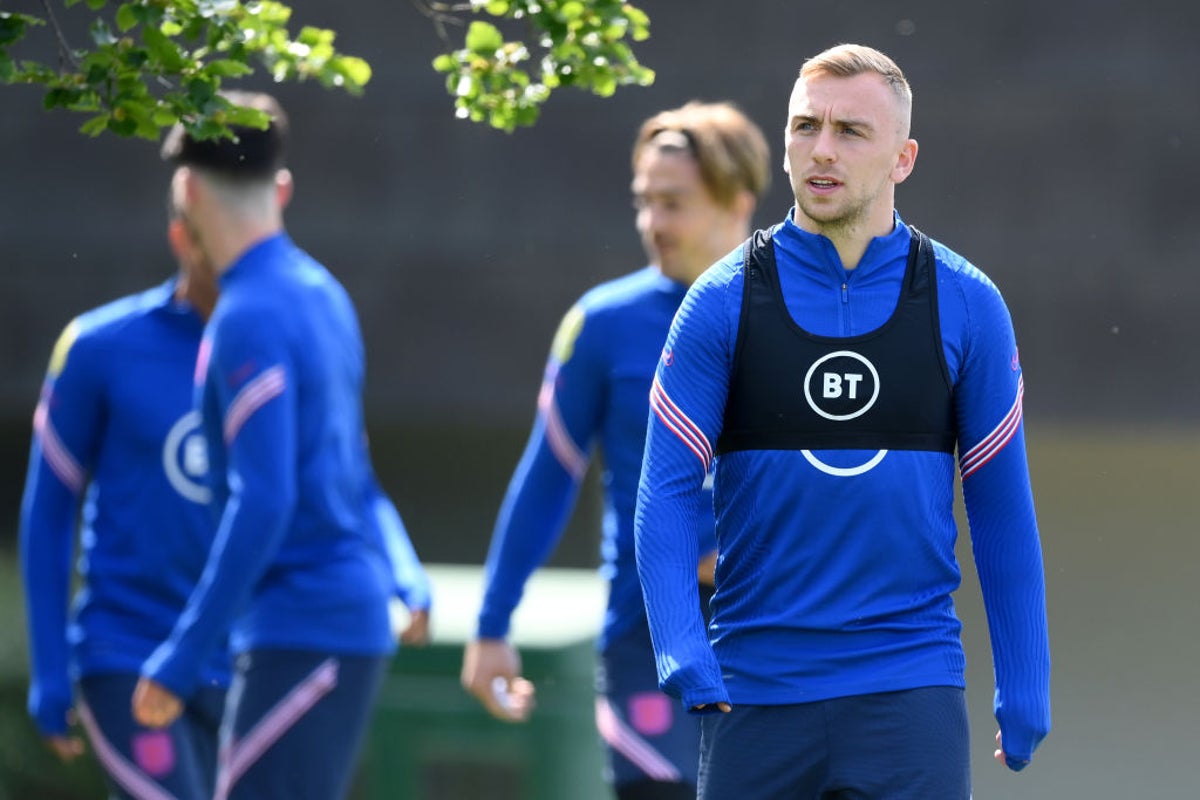 Gareth Southgate has brought up his century. Go on alphabetical order and James Justin is the 100th player he has called up for England. Name defenders before attackers and Jarrod Bowen is.

Either way, he had picked 98 footballers in his squads after the March internationals. Then the Leicester full-back and the West Ham winger got maiden call-ups.

Each was a reward for fine form but also an example of Southgate’s ethos. He can be England’s polite revolutionary. He has brought change from the off, dropping Wayne Rooney and Joe Hart soon into his reign.

A more recent omission is the out-of-form Marcus Rashford, one of his regulars. Eric Dier was an early favourite and has enjoyed, in Harry Kane’s opinion, perhaps his best season for Tottenham this season. Southgate still preferred to go with younger options, in Fikayo Tomori, Marc Guehi and Ben White, even if injury means none will play in Budapest on Saturday.

Justin and Bowen might. Southgate has capped 86 players and that could soon become 88. “I won’t hesitate to play them,” Southgate said. “They’ve both settled in really well. They have both come into the squad looking as though they want to show what they can do rather than tentatively dipping a toe into the water and seeing how it all works.”

Circumstances play a part. Justin may be one of five right-backs in the England squad. He is also alone in regularly playing left-back last season and, minus Luke Shaw and Ben Chilwell, that versatility opens a door for him.

It was nevertheless a sign of Southgate’s ruthlessness that Crystal Palace’s Tyrick Mitchell was jettisoned after two caps in which he acquitted himself creditably.

Bowen’s case may have been aided by the withdrawal of Phil Foden, who has tested positive for Covid, but he probably would have been called up in March if available. He seems to have leapfrogged the Manchester United pair of Rashford and Jadon Sancho, who have made 66 appearances for Southgate between them.

The England manager can trust in the untried. “It’s still a step up into the unknown for them but they’ll both cope; absolutely no problem,” he said. “I’ve seen enough from them in training to see that they can fit in. They are here because they are good players and they are in really good form.”

There are two sides to Southgate. He can be a loyalist; he has persevered with stalwarts like Jordan Pickford, Harry Maguire and Raheem Sterling when they have had troubled times with their clubs. But, he argued, it is not healthy for his players to feel too secure in their places. Selection cannot be a closed shop and, even with just two international camps before the World Cup – with four games now and two in September – he is willing to experiment.

“It creates competition,” he said. “You are looking at other players looking around. We are talking about team line-ups and people aren’t certain where they sit and that’s good. We don’t want comfort. We don’t want people who think that they are in whatever happens.”

Perhaps it was easier for Kane to endorse Southgate’s school of thinking. The captain seems secure in his place but he said: “It is great to have that competition, that is what drives you to your limit. That is what drives you to be the best player you can be. That is the way I have always looked at it. There is always someone who is trying to take my spot, in the Tottenham team and in the England team.”

So far, no one has. The warning for Bowen and Justin is that while Southgate is keen to take a look at players, he can be swift to discard them: besides the dozen he called up without capping, a further 16 have played once under him, and only two of them were named in the current squad, and 10 twice, with just Tomori selected this time.

So first impressions can count.

For Bowen and Justin, a debut could propel them to a World Cup, or send them sliding down the pecking order.