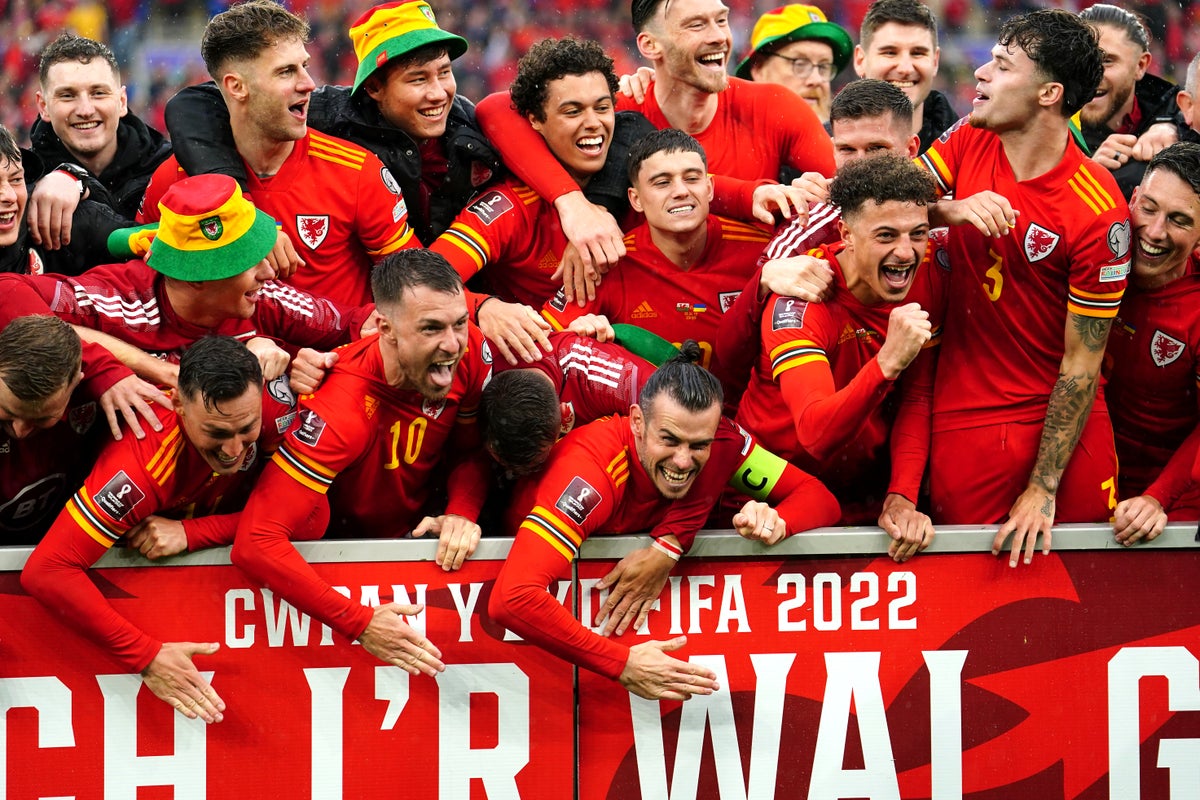 Gareth Southgate expects to face a team “inspired to another level” when England meet Wales at the World Cup later this year.

Wales ended a 64-year wait to reach the finals on Sunday when beating Ukraine 1-0 in a tense play-off in Cardiff.

Their reward is a place in Group B in Qatar, where they will play the United States and Iran before facing old foes England on November 29.

Three Lions boss Southgate did not watch the play-off as he was preparing for Tuesday’s Nations League match in Germany but knows a tough challenge awaits.

“I think some of the players were (watching it) but of course an all-British game, so there’s that element to it,” he said, speaking to BBC Radio 5 Live and talkSPORT.

“I’ve met him several times on the road scouting games together, so I’m really pleased for him that he’s got through that.

“Obviously our thoughts are with Ukraine as well because of what they’ve been through. They gave a phenomenal performance in Scotland.

“You did wonder whether it was going to be possible to hit that emotional high again, although they still created chances. It looked as though, watching it back, (Wayne) Hennessey made some good saves.

“We play Wales but for us that’s a long way down the track.”

Put to Southgate that Wales will raise their game against England, he said: “There is history there, isn’t there, so we would be stupid not to be aware of that and not informed of that.

“You play a team that are inspired to another level. That’s what we had against Scotland in the Euros and I don’t see that being any different with Wales, who also have some very good players.

“They are where they are, they’ve had big results over a long period of time, not least a good run in the Euros as well, so that’s going to be extremely tough for us when it comes around.”