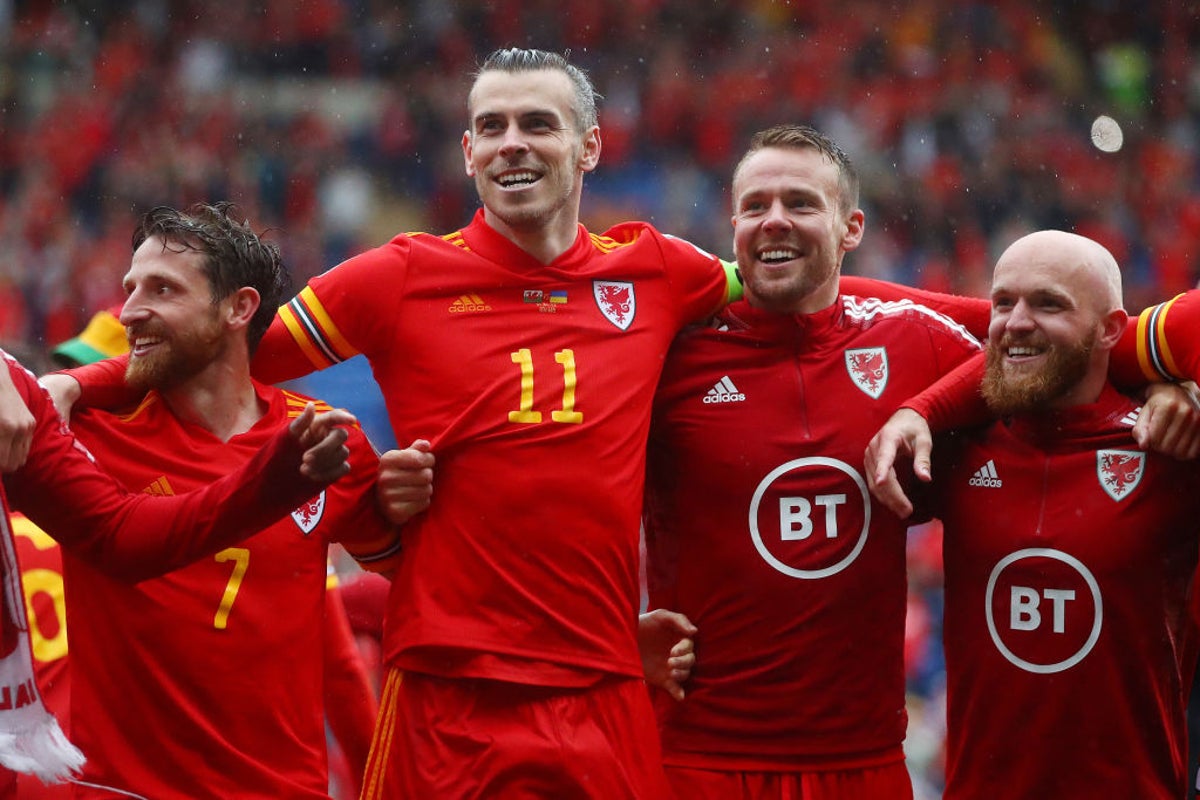 A jubilant Gareth Bale declared Sunday’s 1-0 World Cup qualifiers play-off final win over Ukraine the finest hour in Wales’ footballing history, as they ended 64 years of waiting to reach the finals of the competition for only the second time ever.

Sweden and 1958 remains Wales’ only other appearance, where they beat Israel in a play-off to qualify, though their opponents were largely there due to a default victory of their own qualifying group with no matches played against them.

This time around they have taken a more conventional route, finishing second behind Belgium before seeing off Austria and now Ukraine to take the final Uefa zone spot in Qatar, leading Bale to praise the team’s efforts and laud the achievement as the nation’s greatest moment in the sport.

“It’s the greatest result in the history of Welsh football. We’re going to a World Cup!” he said. “Words can’t describe how we feel at the moment.”

“I’m just delighted we are going to a World Cup. It means everything, it’s what dreams are made of. I’m speechless. I’m so glad we’ve done it for these amazing fans.”

Bale played 83 minutes before being replaced by Harry Wilson for the closing stages and noted that he was exhausted at that point, with his only game time for Real Madrid in 2022 coming in one La Liga start in February, a cameo sub appearance in April and four minutes off the bench in the Champions League the same week.

It serves as a reminder that to be fully fit for the World Cup itself he’ll need to be playing more regularly after leaving the Santiago Bernabeu this summer and he smiled that it’ll put retirement plans on hold “for a little bit”.

“It was difficult. I haven’t played too much football these last three or four weeks because of my back spasm, but the most important thing was to get through.

“I give my all. I was running on empty but we’ve got good people on the bench to do a good job.”

Goalkeeper Wayne Hennessey declared it his “best game in a Welsh shirt”, in his 102nd cap, while Rob Page paid tribute to the late Gary Speed for starting the Welsh football revolution.

“Gary Speed started this 12 or 13 years ago and I’d like to dedicate that to him,” he said. “He started the culture. There was a difference, a change to the environment.

“Chris Coleman took it on to another level and I’ve inherited that. We’re so confident going into games. We’re not hopeful of qualifying for the Euros and the World Cup, we believe we can do it.”

Wales go into Group B at the finals, alongside England, Iran and USA.