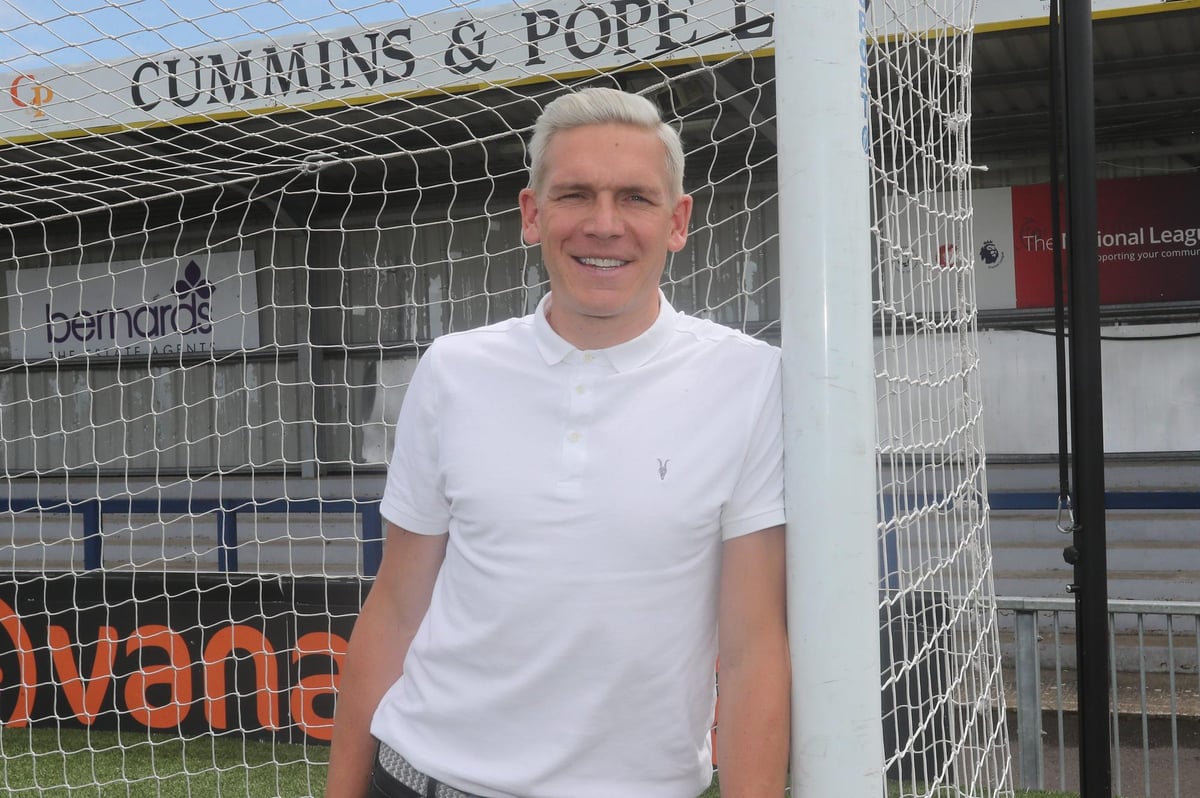 But despite hitman Wright turning 38 in September, Doswell was not deterred and reckons both he and prolific summer signing Prior can hit their straps and prove his statement of being two of his best recruits in his time at the Hawks following his arrival in the summer of 2019.

The Hawks boss beamed: ‘What two fantastic signings (Daniel and Jason Prior). We were made aware – I was literally two days into a family break – that Jason was available, chairman (Derek Pope), CEO (Stuart Munro) and another board member, Mark Pope, got it done for me. Massive credit to them in terms of getting that signing over the line.

‘Danny was already a target at that point, I’d already spoken to him, we felt with the way we wanted to play and getting crosses in the box, it was good to have two nines.

‘I don’t care if Danny Wright is 27 or 37, he’s a top, top player for this level, he can keep going for another two or three seasons, if he’s still got that hunger – it’s a big thing we talked about – he’s a one in two, one in three (goals) number nine. Without going over the top, it’s probably two of the biggest signings I’ve made in my time at the club (Danny and Jason arrivals).’

The striking department will see the biggest squad change this summer with Wright and Prior arriving after the departures of Alex Wall, Scott Rendell while it has now been confirmed Manny Duku or Stefan Payne – arriving at Westleigh Park in February – will not be returning to Westleigh Park.

Dutchman Duku became a fans’ favourite, netting seven times in 18 league appearances, and had appeared to be remaining at the club for the upcoming season.

However, Doswell explained why he would be moving on from the Hawks this summer: ‘His (Manny’s) situation changed, really, in the four months he was here. In the first two months – I think you could see it through his game-time – the first two or three months he was on fire and really happy.

‘It was just the last four or five weeks, we saw a more withdrawn Manny, there was something going on in his private life which meant he couldn’t commit.

‘That’s football, that happens, what we’ve done is moved on as you do in football and we’re announcing two more signings tomorrow on the back of Manny not signing.’

Centre-half Ben Shroll has returned to Aldershot after an impressive loan stay towards the end of the previous campaign while Guy Hollis has followed Wall, Rendell, Duku, Payne and Godfrey Poku out of the club.

Doswell confirmed Jake Andrews has been offered a deal after a loan stay with the Hawks from Torquay last season.