If you’ve never spent a summer weekend on Fire Island, Andrew Ahn’s new film, Fire Island, will make you desperate to hop the next ferry. Written by comedian Joel Kim Booster, who also stars, the movie reframes the traditional rom-com by putting gay men into the leading roles and inviting viewers to experience drama and relationships that don’t often get the Hollywood spotlight. Booster based the screenplay on Jane Austen’s Pride and Prejudice—a concept that works strangely well—but also centers the story in modern day by showcasing Fire Island as it exists in 2022.

Booster stars as Noah, who returns to Fire Island for a week with a group of his closest friends from college, all of whom are gay men. Saturday Night Live standout Bowen Yang, in a notably emotive turn, plays Noah’s BFF Howie, and Margaret Cho has a bit part as Erin, a woman with a rustic house on Fire Island that the gang calls home each year. A run-in with a richer, hotter group of guys, who include Conrad Ricamora’s brooding Will, sends Noah and Howie spiraling after they’re rejected at a party. Of course, as this is based on Austen, Noah and Will embark on a will-they-or-won’t-they back and forth that forces both to reevaluate their perceptions of others.

Ahn shot the film largely on Fire Island, so many of the real-life locations pop up in the story, including popular club the Blue Whale, and the destination’s iconic taxis make a few cameos. The rom-com aspect is endearing and compelling—come on, Noah, Will is right there!—but the true power of Fire Island is getting to be part of a scene. A rowdy underwear party stands in for Austen’s Netherfield ball (Noah and Will dance for the first time just like Elizabeth and Mr. Darcy) and it all feels very real.

Film can offer us windows into new or unfamiliar experiences or it can affirm our own identity—both of which Fire Island does, depending on who is viewing it. But despite the focus on representation, this movie is also just another rom-com. It’s about people finding each other, despite initial misgivings, and it’s about friends who stick it out through trials and tribulations. Who can’t relate to that? It’s a reminder that we don’t always need to see the same two people falling in love onscreen to connect emotionally with a story.

There’s an old adage that anything that everything worth saying has already been said, but there is always a new way to say it. Booster understands that in his screenplay for Fire Island, which captures a familiar tale in a way that is completely unfamiliar. Booster explores new themes within this traditional narrative, as well, allowing his characters to battle their insecurities and flaws without judgment. Noah and Howie’s friendship, despite its foundations, is tested and both characters are forced to examine how they have changed their authentic self to be an Asian-American gay man in modern America. There’s also a sense of fleeting youth throughout the film, particularly as Erin reveals she will have to sell her Fire Island house, making this the gang’s last year together there. Booster’s story reflects on how our nostalgia shapes us as we move forward, ultimately asking what we should let go of in order to embrace the future.

There is, of course, a satisfying conclusion to the ups and downs of Ahn’s film, with a climax that will cement itself in rom-com history. This is one you’ll watch and re-watch alongside other popular movies of the genre. Fire Island pays homage to everything that’s come before, but never gets stuck in the old tropes. Fingers crossed for a sequel.

Observer Reviews are regular assessments of new and noteworthy cinema. 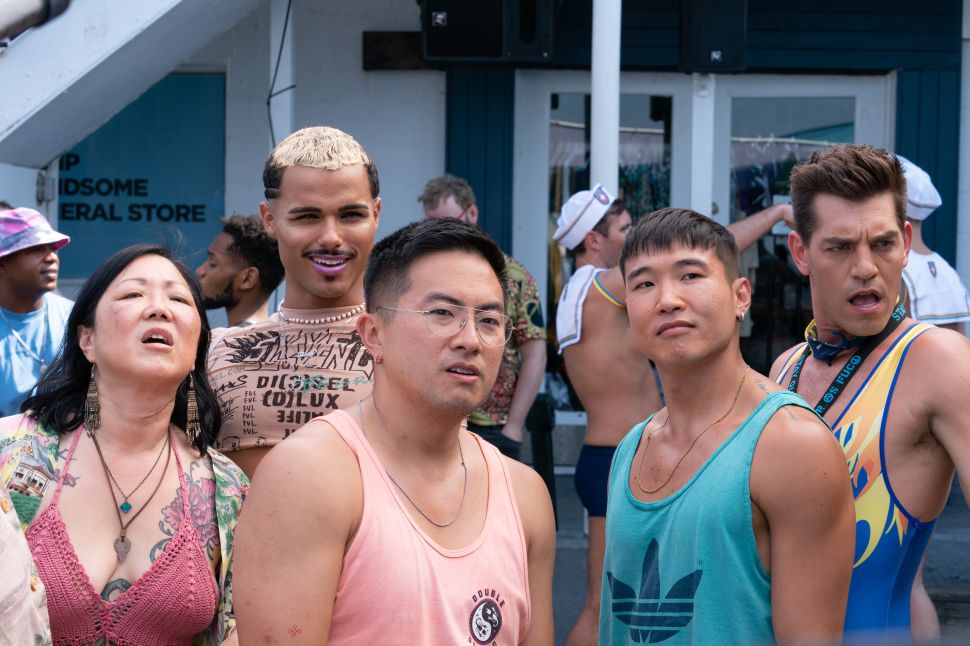 You’ll never want to travel any other way