Move over, Tom Cruise! You’re not the only movie maverick in town!

Film at Lincoln Center is saluting a trail-blazing British filmmaker who has been doing it his singularly unique way for 50 years. Beginning May 27 and running to June 8, Human Conditions: The Films of Mike Leigh are being unreeled at the Walter Reade Theater.

And what does Leigh have to show for himself after a half-century of hard-laboring? Fourteen feature films—and they’ve been sporadically sprinkled into the theater’s schedule for the next dozen days. Lest that seem insignificant, be advised that this is one film more than the lifetime total of Stanley Kubrick. Both directors, exacting and precise, qualify as J.D. Salingers of cinema.

This will be Leigh’s second retrospective in less than a year. “There was one in October and November at the National Theater in London, where they showed everything,” he says—and, by “everything,” he means the plays and movies for TV that he did between pictures. “It was a great experience for me. Not only did the movies play to packed houses, but there was a massive proportion of young people attending. A retrospective gives you a chance to reconnect with what you did—and reconnect with audiences. It’s so positive, so innovative. I was stimulated by it.”

Leigh started out to be an actor and was trained at London’s Royal Academy of Dramatic Art, but he found RADA rather stuffy and switched schools several times to pursue a growing interest in writing and directing, eventually graduating from the London School of Film Technique in 1965.

This three-sided orientation became the touchstone of Leigh’s special brand of cinema. He found he could create narratives out of actors’ improvisations that would, in turn, lead to organically created characters and conflicts. Rehearsals, typically, ran six months before anything was shot.

“Basically, I work individually with each actor to build the character, and then I put the characters together, and we build up walls through discussion and improvisation and research of various kinds,” he explains. “Eventually, we arrive at a stage where the actors really learn how to be the characters they play. They always draw from people they know. And we are then able to go on location—scene by scene, sequence by sequence—and build the scenes, sculpt them through rehearsal in the location, so that what we shoot is very precise and very organized and distilled.

“We do all sorts of things to make the characters come into existence in an organic and real way, like researching into various aspects of the character. Actors have to patiently build up relationships with each other. If A and B are brother and sister, you have to develop all of that to going into their adult life where they meet somebody else. All of these things take time.”

Leigh has contended (unsuccessfully so far) for seven Oscars—four for writing and directing Vera Drake and Secrets & Lies and three for writing Another Year, Happy-Go-Lucky and Topsy-Turvy. The original-script nominations reflect the quality of the screenplays the collaboration produced.

Vera Drake, a moving saga about your friendly neighborhood abortionist who pays a fierce price for practicing in the arcane ‘50s, put the great Imelda Staunton on the map and on the Academy Award ballot. “It’s relevant right down in the Roe v. Wade uproar,” Leigh is quick to point out. “I hope it rattles a few bones in that context. It’s a film that, apart from everything else, says very clearly women must have a choice. If you leave it to the backstreet abortionists, it’s dangerous.”

The other performances Leigh got into the Oscar running came from Secrets & Lies—Brenda Blethyn (for starring) and Marianne Jean-Baptiste (for supporting). Blethyn, who would later have a Broadway career, has a classic Big Reveal scene when it suddenly dawns on her that the infant she surrendered, sight unseen, decades before has become a well-educated Black optometrist. Leigh manipulates these rangy emotions masterfully.

Jean-Baptiste became Britain’s first Black actress up for Oscar honors with that nomination. In addition to acting, she also composes music. Leigh employed her again to score Career Girls, his 1997 film about London flat-mates (Katrin Cartlidge and Lynda Steadman). “It just so happens that none of the scores in my other pictures have been in the jazz mode,” he stresses. “That was just her style. It seemed appropriate for the film, and it worked. It’s important that a composer doesn’t just supply movie music in a sort of detached way. It’s important that he or she responds emotionally to my film and that emotion is what informs the kind of music that is written for it.”

Leigh’s most famous “eureka!” moment in films occurs in Topsy-Turvy, his uncharacteristically lavish biopic about W. S. Gilbert (Jim Broadbent) and Sir Arthur Sullivan (Allan Corduner)—specifically, it occurs when the inspired thought of The Mikado enters Gilbert’s head. “It’s the only time in a Mike Leigh movie when an actor looks into the camera,” the director underlines.

Topsy-Turvy is also the only Leigh film to actually earn some Oscar gold—Best Makeup (Christine Blundell and Trefor Proud) and Best Costume Design (Lindy Hemming). I told you it was lavish. No doubt, the latter category was pushed over by the finish line by having the then-Mrs. Leigh, Alison Steadman (a regular contributor to his films), play the wardrobe mistress, Madame Leon.

Broadbent and Steadman appear, nine years younger, as a married couple in Life Is Sweet, a lilting little slice-of-life enhanced by a hypnotic waltz theme. To some minds, that is the most upbeat of the Mike Leighs. He, however, would argue that this distinction belongs to Sally Hawkins’ breakthrough movie, Happy-Go-Lucky, in which she was unrelentingly sunny.

Over the years, a Mike Leigh Stock Company has emerged, and he uses them regularly and religiously. One of the joys of taking in a Leigh retrospective is that you can catch so many of the same actors at different stages of their lives. Did you know that Stephen Rea, in his younger years, was overweight? Did you ever suspect that Jim Broadbent was that young?

You’d be amazed at the soon-to-be-celebrities who’ve paraded through Leigh’s pictures. Gary Oldman, a future Oscar-winning Winston Churchill, was an out-of-control, skinhead druggie in Meantime. In the same flick was a 22-year-old Tim Roth passing quite convincingly for 17, and a clean-cut Alfred Molina four years before he and Oldman murderously met in Prick Up Your Ears.

The most used, or certainly the most conspicuous, is the endlessly inventive Timothy Spall, who has toiled nobly in Leigh’s working-class sagas and is now benefitting from the director’s late-blooming opulence with parts ranging from Richard Temple, the singer who sang The Mikado in Topsy-Turvy, to the eccentric and cranky painter J.M.W. Turner (1775-1851) in Mr. Turner.

“The point is that I wanted character actors,” Leigh says of his returning tribe of collaborators. “That’s people who are versatile, who don’t deliver the same performance in every movie. They’re all completely different, and it’s good that those guys keep coming back for more.”

When he took up movie-directing in 1971, at the all-knowing age of 28, Leigh was quite up-front about his intention to put human reality above commercialism. This took the form of a movie full of bleak moments, and it was actually titled Bleak Moments. There was no Oscars for this, but there very easily could have been some kind of Truth in Advertising Award for the gesture.

Leigh spent the next 17 years concentrating on works for the stage and television, eventually returning to feature films in 1988 with High Hopes. He’s been on that plateau ever since. 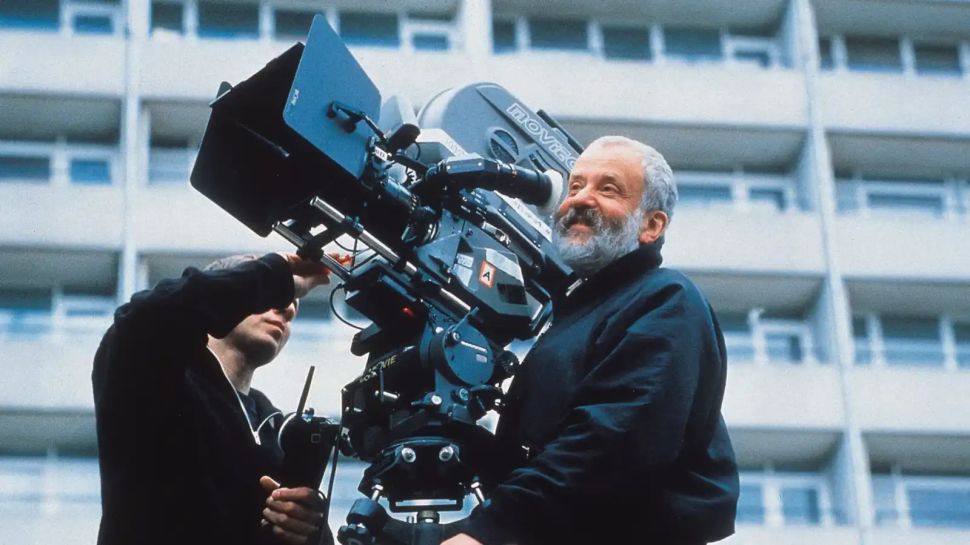 Contiki modernises its brand in prep of anticipated travel recovery