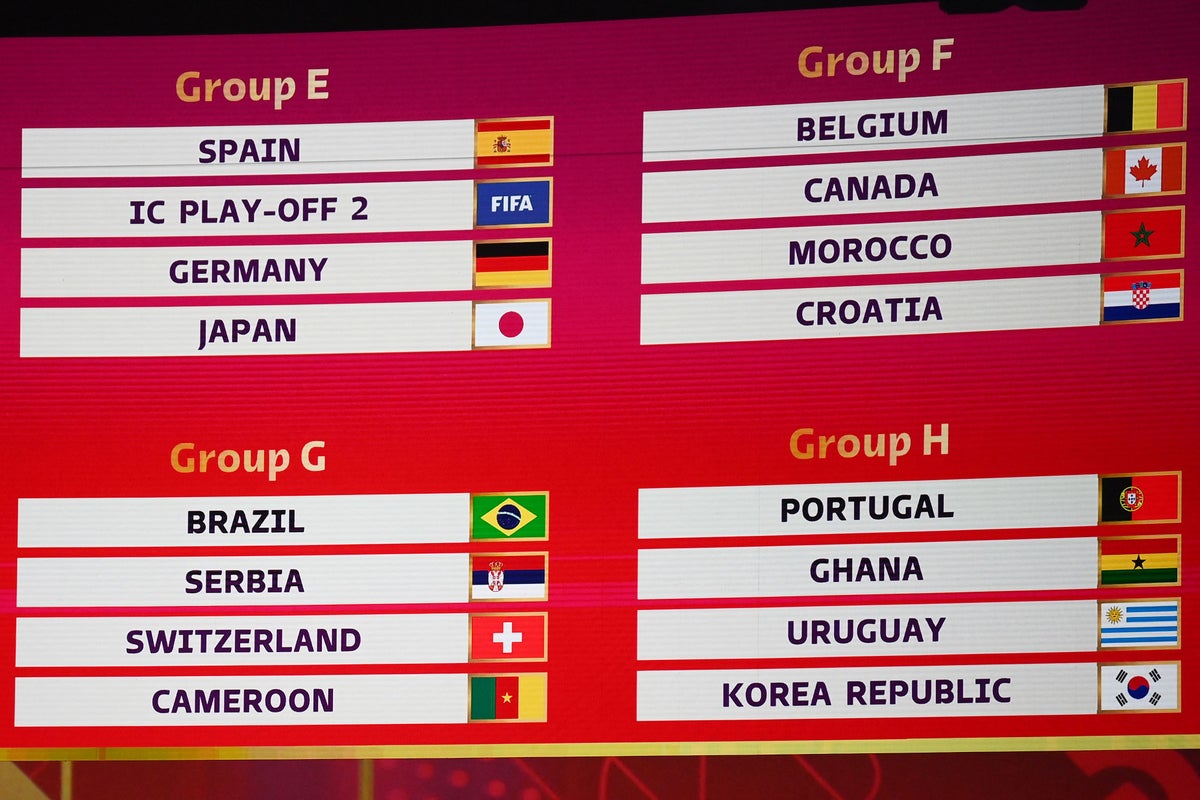 The 2022 World Cup in Qatar begins on 21 November as 32 teams aim to reach the final and become world champions on 18 December.

The tournament will be the first to be held in the Arab world and only the second to take place in Asia, after Japan and South Korea joint-hosted the event in 2002. This edition will be the last to feature just 32 teams, with the tournament being expanded from 2026 inwards in order to feature 48 nations.

Reigning champions France will be among the favourites, though no team has successfully defended the World Cup since Brazil in 1962, alongside fellow European sides England, Spain, and Belgium. Brazil and Argentina will also likely feature in the knockout stages, while Senegal could represent Africa’s biggest hopes of winning for the first time.

England will meet play-off winners Wales in Group B with USA and Iran. Spain and Germany have been drawn in a tough-looking Group E with Japan and either Costa Rica or New Zealand, while Portugal meet Ghana, Uruguay and South Korea in a well-balanced Group H.

Hosts Qatar start their tournament against Ecuador, before taking on Senegal and Netherlands – the latter duo will be the first match of the 2022 World Cup. Because of excessive summer temperatures in the Gulf state, the Qatar World Cup will be the first to be staged in winter rather than summer.

Check out the full World Cup fixtures and schedule below.

Vocab questions reduce spelling bee to 3 letters: A, B or C