England vs New Zealand: Five things we learned from first Test at Lord’s 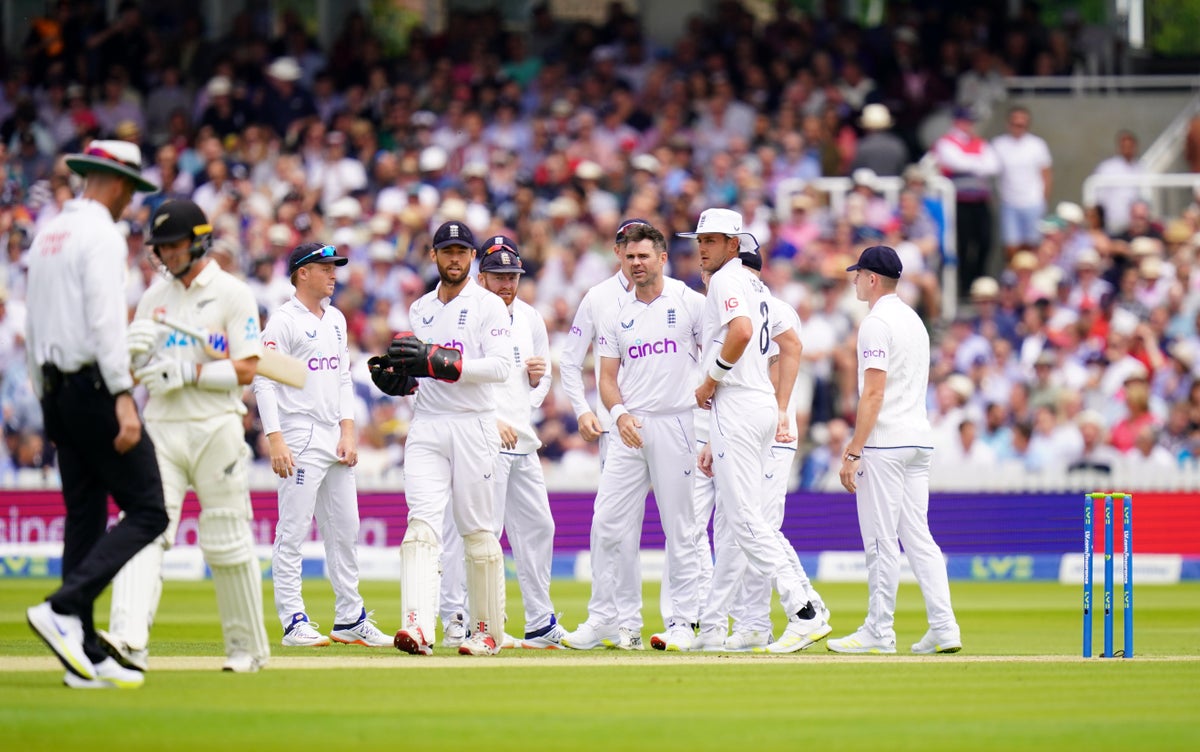 England began the reboot of their Test team with a bang at Lord’s, defeating New Zealand by five wickets in a game that saw momentum swing several times over four entertaining days.

Here we look at some of the takeaways.

England’s new captain and coach pairing promised to deliver an exciting brand and first impressions suggest there is no reason to doubt them.

Bowlers were encouraged to bowl attacking lengths, the slip cordon was the hottest ticket in town and the hosts approached both batting innings full of intent.

Winning is one thing, but doing so in an attractive manner that brings a long-suffering fan-base along for the ride will create an even bigger impact. Whatever the result, the message from the top is to make things fun.

Root is ready to pay his debt

Joe Root leaned heavily on Stokes’ match-winning qualities during his five-year reign as skipper, repeatedly counting his blessings that he had the all-rounder as part of his team.

Now the roles are reversed, with Stokes at the helm and Root back in the ranks. His outstanding fourth-innings chase dispelled any concerns that the loss of title might lead to a dip in form and instead he vowed to return as many favours as he could for the new leader.

When the two leading wicket-takers in English history were left out of the post-Ashes tour of the Caribbean, it looked as though it could bring the curtain down on two spectacular careers. But 39-year-old James Anderson and 35-year-old Stuart Broad refused to believe that time was up and found Stokes in agreement.

They both played important roles in this win, with Anderson sowing the seeds of the Kiwis’ first-innings collapse and Broad going on one of his trademark surges when the game was up for grabs on day three.

The very idea of pensioning the pair off already seems like a folly.

Every player was promised a blank sheet of paper to work from this summer, but there was something very familiar about the failure of the top three to provide a solid start.

Alex Lees has yet to make a significant score in his first eight innings with England, Zak Crawley’s eagerness to drive remains his biggest strength and costliest weakness and Ollie Pope’s risky promotion up the order endured a rocky first chapter.

Plenty have been tried and discarded in the same positions but England will not become an elite side until things begin to firm up at the head of the innings.

A raft of injuries to fast bowlers opened the door to an unexpected debut for Durham’s Matthew Potts, who seized the opportunity with aplomb.

The in-form 23-year-old took seven wickets on his first international appearance and appears to have the heart and the skills to raise his game to the highest level.

Leg-spinner Matt Parkinson has had a more torturous wait to wear England whites and only got the chance after a freak concussion for Jack Leach.

His first outing was less emphatic but he showed his usefulness at dismissing the tail when he ended Tim Southee’s charge and would be worthy of another chance to prove his worth.

Cyndi Lauper’s Mom, Star of Her Music Videos, Has Died – NBC 5 Dallas-Fort Worth