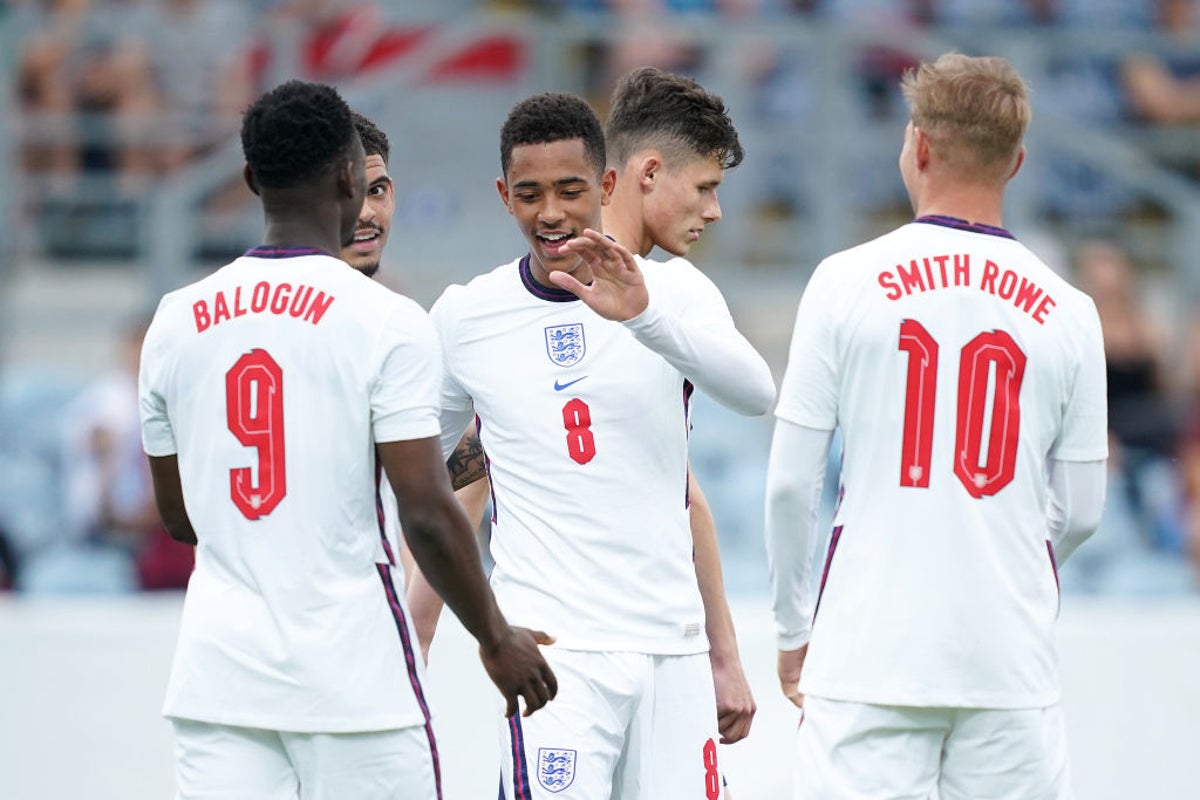 But Lee Carsley’s side held on without further scare and remain firmly on course for next summer’s finals in Georgia and Romania.

England, who have won six and drawn one of their first seven group fixtures, leapfrogged the Czech Republic into top spot in Group G, level on points and with two games in hand.

The Young Lions, who won the home fixture against the Czech Republic 3-1 at Turf Moor in November, dominated the first half, with Morgan Gibbs-White’s header testing Czech goalkeeper Matej Kovar.

Arsenal forward Smith Rowe gave the Young Lions a spectacular 22nd-minute lead when he lashed home a rebound on the half-volley from just inside the penalty area.

England struck a decisive blow when they doubled their lead 47 seconds into the second half.

Gibbs-White burst clear down the right and his deft touch inside the box ricocheted off a defender to Ramsey, who steered a first-time finish into the net.

The Czechs mounted a late rally without creating any clear-cut chances before Fila’s brilliant curling finish in the 87th minute set up a nervous finish, but Carsley’s side saw the game out without further scares.

‘Inu-Oh’: A rock musical that won’t be headlining anytime soon