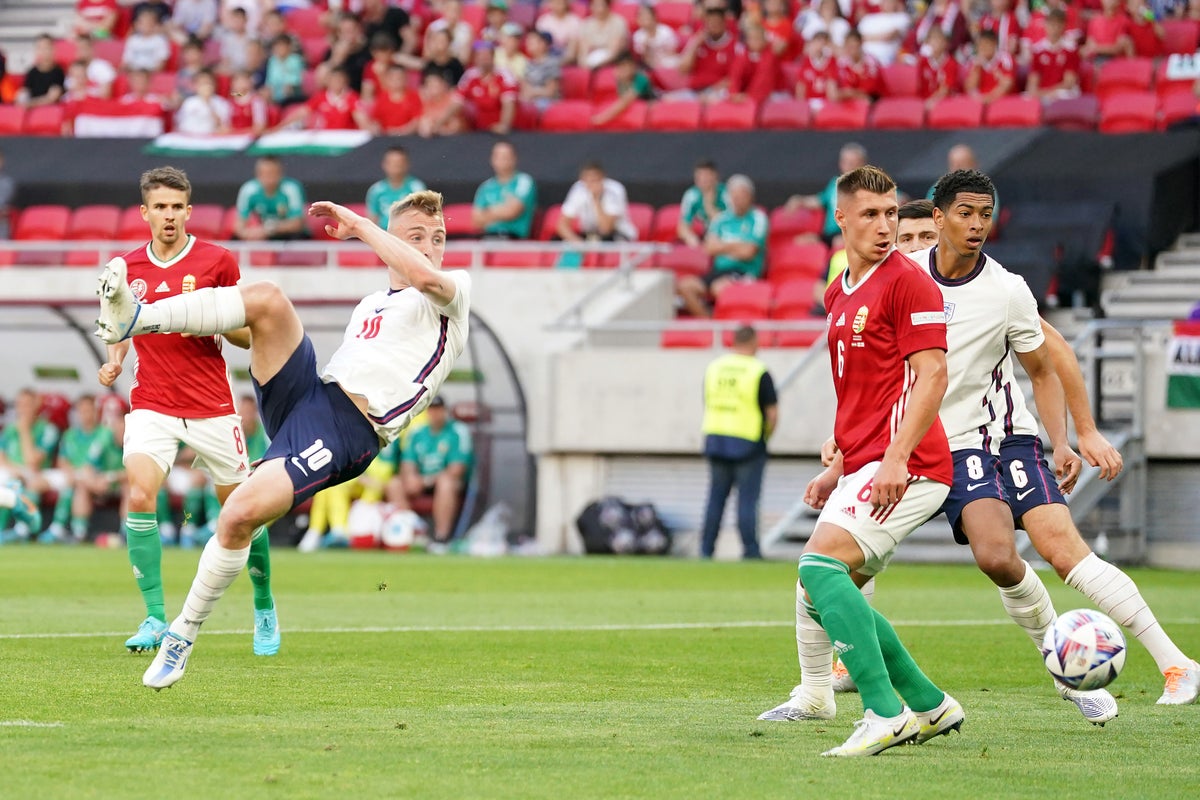 England manager Gareth Southgate is happy to test his World Cup formula in the more pressurised environment of the Nations League – despite Saturday’s defeat to Hungary.

A 1-0 loss in Budapest on Saturday will be followed by a clash with Germany in Munich on Tuesday night, with European champions Italy to come at Molineux next weekend.

Italy and Germany are England’s opponents in the September international break as the Nations League group stages conclude just two months before the World Cup kicks off.

Southgate admitted after the Hungary defeat that he may have got the balance wrong between picking a team to win the game and taking a look at different players but believes difficult Nations League fixtures provide a better proving ground than friendlies.

“I think across these four games, we’ve still got to find out about players,” he said.

“We don’t have any friendlies between now and the World Cup, so the only opportunity to try things and to find out about people is within these games.

“Frankly, that’s better than finding out in friendlies because we’re going to see them under pressure in matches where the quality of the opposition is good.

“So it (the loss) doesn’t really alter the way we view the period, as a coach, you’ve got to balance the disappointment with recognising ‘OK, what have we taken from it and what do we learn from it?’.

“Knowing that, in this role, it’s different to most others because of course, the fallout from a defeat is always much greater but I’ve got to make sure that I keep everybody else on track.”

Southgate named two debutants in the side that slipped to defeat at the Puskas Arena, with West Ham forward Jarrod Bowen and James Justin, Leicester’s versatile full-back, given their bows.

Bowen was the liveliest of England’s attacking options on an evening where chances proved to be at a premium, but Southgate conceded that Justin struggled on his first outing before being replaced by Bukayo Saka at the interval.

Asked if it was a difficult half for Justin, Southgate replied: “Yes, it was.

“I think a couple of passes went astray and he got caught defensively early on and that’s a big test in those moments.

“He also was feeling something a little bit in his calf, which hopefully is OK but I felt we wanted to put Bukayo on at that stage anyway to give ourselves a little bit more of an attacking thrust.

“Look, it’s not easy to come in after three, four days and go straight into the team. Normally we would do that process slightly differently. You’d start on the bench, you’d have a bit longer with us and we would blood people in.

“We felt we wanted to do that (start him). I think Jarrod adapted really well, he looked dangerous from the start.

“He probably had most of our attempts on goal, couldn’t quite find that final bit of quality to actually steer the finishes past the keeper but his runs were dangerous, he pressed with endeavour for the team and so I’m sure he’ll be really pleased with the way he has done.”

How to get the £150 council tax rebate