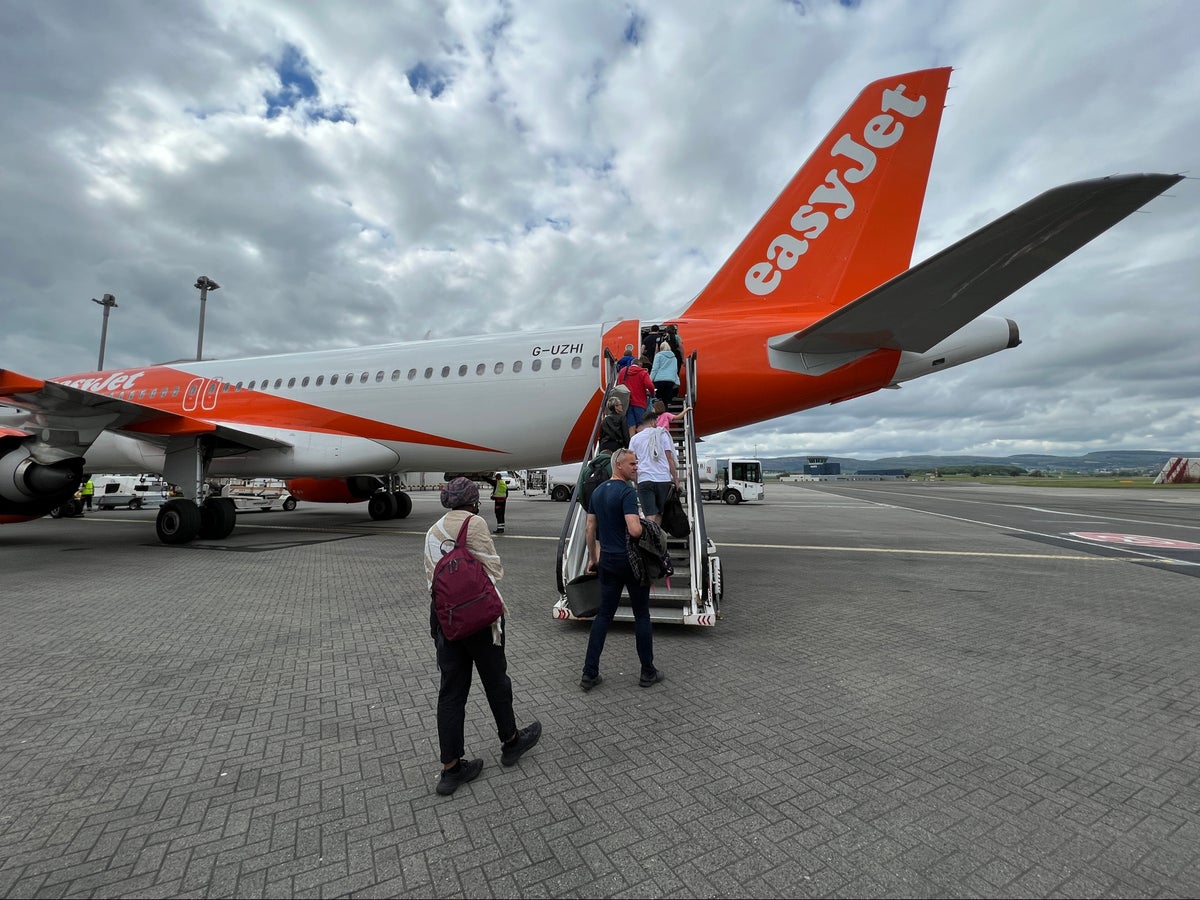 Ten more Monday evening flights to and from London Gatwick have been grounded at very short notice.

The Independent has identified five departures from the Sussex airport on which passengers were given as little as an hour’s notice: Belfast City, Isle of Man, Kos, Lanzarote and Montpellier.

The cause is believed to be rolling air-traffic control delays at Gatwick, exacerbated by staff shortage at the airline.

Ben Hunter is among the travellers suddenly stranded in Lanzarote. His mother, Sue Steddy, tweeted: “How can you cancel flights and leave people stranded in Lanzarote and not sort something out for them? My son will get sacked if he doesn’t get home for work. How is it legal to do this?”

Holidaymakers booked on the cancelled flights from Lanzarote and Kos face long delays to return to the UK, with many flights from the Canaries and the Greek islands heavily booked after weekend cancellations.

One passenger to Northern Ireland, tweeting as SophESea, wrote: “Why is there no one at the easyJet desk in Gatwick airport?

“Our flight to Belfast has been cancelled and we’ve received absolutely no information about how to collect our bags, offer of accommodation etc.” The Independent has asked easyJet for a response.

Travellers booked to Belfast and Isle of Man should be able make alternative arrangements relatively easily, while passengers in Montpellier can go by train to Paris or Lille and connect to Eurostar to London.

Under European air passengers’ rights rules, easyJet is required to provide alternative flights on the same day – which looks nigh-impossible – or pay for a ticket on a rival transport provider if that is the fastest way to get the traveller home.

The latest cancellations take the number of easyJet flights grounded to and from Gatwick on Monday to 40, representing at least 6,000 passengers.

The Independent has identified at least five easyJet departures from the Sussex airport on Tuesday: to Athens, Barcelona, Cagliari, Malaga and Valencia.

Platinum Jubilee: Gloria Hunniford ‘devastated’ to miss out on National Treasures pageant after a fall at her home