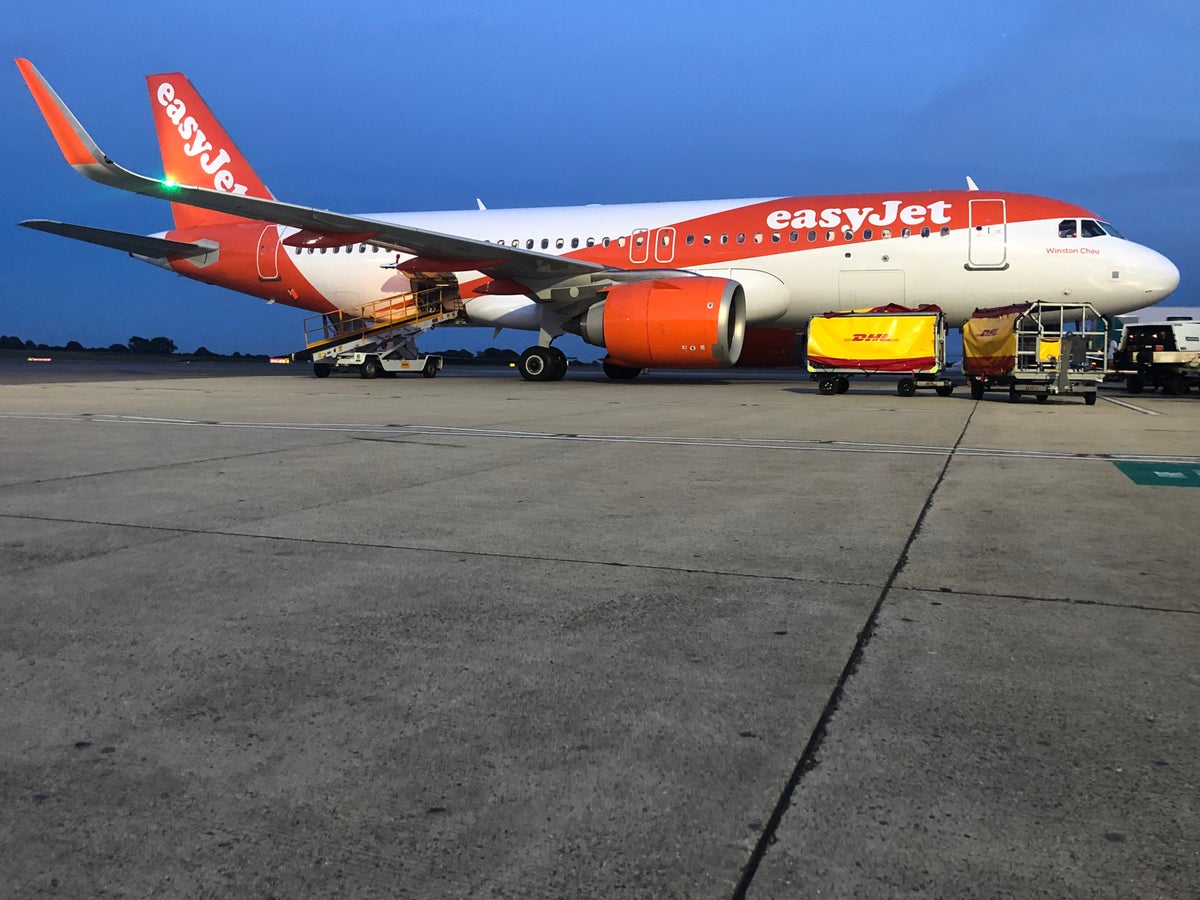 Thousands of easyJet passengers – many of them stranded abroad – have woken to the news that their flights have been cancelled.

The Independent has calculated at least 50 easyJet flights are grounded on Tuesday, adding to the hundreds cancelled over the bank holiday weekend. At least 7,000 passengers are affected – including some who are still trying to get home from Mediterranean islands such as Ibiza, Malta and Sicily.

Ali Haynes, her partner and five-month-old baby arrived at Luton airport three hours before departure for Palermo, as easyJet had requested.

She tweeted: “Two hours before, when we’re checked in and through security … text message ‘flight cancelled’.

“We’re now stuck in Luton departures  with no information on what next. Holiday ruined.”

She later told The Independent: “Apparently there’s nothing until Sunday. We’re so deflated and tired, we’re just going home.”

Ms Haynes and all other grounded easyJet passengers are entitled to be flown to their destinations as soon as possible, on other airlines if necessary.

Most cancellations are to and from easyJet’s main base, London Gatwick. While some were advised a day or two in advance, many flights were grounded with as little as one hour’s notice.

It follows a difficult Monday evening, in which flights to and from Belfast City, Ibiza, Isle of Man, Lanzarote and Montpellier were cancelled at short notice.

Wizz Air has also cancelled a handful of flights from Gatwick airport, to Faro, Palermo and Tenerife.

Why inflation matters | The Week UK