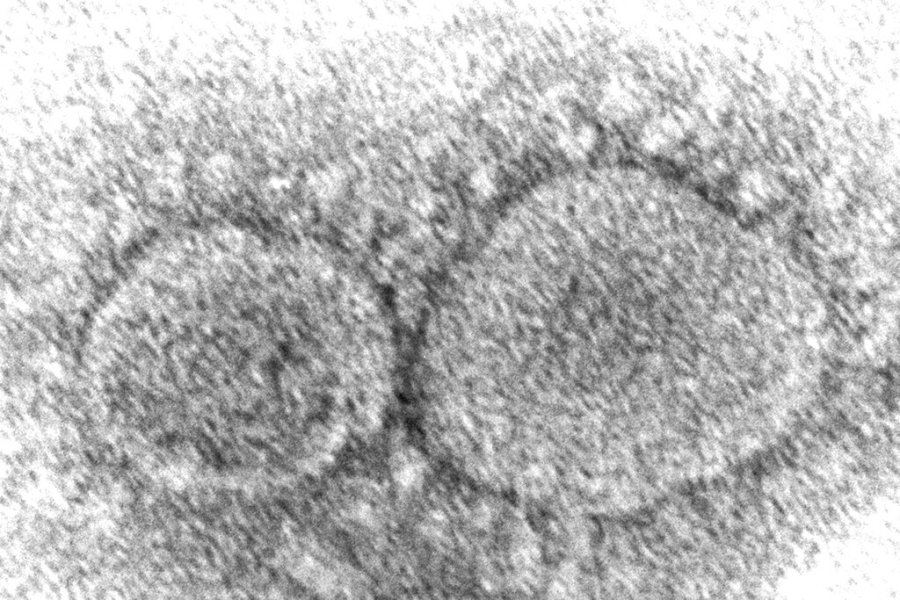 (AP) – The coronavirus mutant that is now dominant in the United States is a member of the omicron family but scientists say it spreads faster than its omicron predecessors, is adept at escaping immunity and might possibly cause more serious disease.

Why? Because it combines properties of both omicron and delta, the nation’s dominant variant in the middle of last year.

A genetic trait that harkens back to the pandemic’s past, known as a “delta mutation,” appears to allow the virus “to escape pre-existing immunity from vaccination and prior infection, especially if you were infected in the omicron wave,” said Dr. Wesley Long, a pathologist at Houston Methodist in Texas. That’s because the original omicron strain that swept the world didn’t have the mutation.

The omicron “subvariant” gaining ground in the U.S. — known as BA.2.12.1 and responsible for 58% of U.S. COVID-19 cases last week — isn’t the only one affected by the delta mutation. The genetic change is also present in the omicron relatives that together dominate in South Africa, known as BA.4 and BA.5. Those have exactly the same mutation as delta, while BA.2.12.1 has one that’s nearly identical.

This genetic change is bad news for people who caught the original omicron and thought that made them unlikely to get COVID-19 again soon. Although most people don’t know for sure which variant caused their illness, the original omicron caused a giant wave of cases late last year and early this year.

Long said lab data suggests a prior infection with the original omicron is not very protective against reinfection with the new mutants, though the true risk of being reinfected no matter the variant is unique to every person and situation.

In a twist, however, those sickened by delta previously may have some extra armor to ward off the new mutants. A study released before it was reviewed by other scientists, by researchers at Ohio State University, found that COVID patients in intensive care with delta infections induced antibodies that were better at neutralizing the new mutants than patients who caught the original omicron.

“The omicron infection antibody does not appear to protect well against the subvariants compared to delta,” said Dr. Shan-Lu Liu, a study author who co-directs the viruses and emerging pathogens program at Ohio State.

But Liu said the level of protection a delta infection provides depends partly on how long ago someone was ill. That’s because immunity wanes over time.

People who got sick with delta shouldn’t think of themselves as invulnerable to the new subvariants, especially if they’re unvaccinated, Long said. “I wouldn’t say anyone is safe.”

One bright spot? Booster shots can provide strong protection against the new mutants, Liu said. In general, vaccines and prior infection can protect people from the worst outcomes of COVID-19. At this point, scientists say, it’s too early to know if the new mutant gaining ground in the U.S. will cause a significant uptick in new cases, hospitalizations and deaths.

Scientists are still trying to figure out how virulent these new mutants are. Long said he hasn’t seen anything that answers that question for him, but Liu said emerging data points toward more serious illness. Liu said the subvariants have properties suggesting they spread more efficiently cell-to-cell.

The virus “just hides in the cell and spreads through cell-to-cell contact,” Liu said. “That’s more scary because the virus does not come out for the antibody to work.”

Dr. Eric Topol, head of Scripps Research Translational Institute, said the new mutants certainly don’t appear less virulent than previous versions of omicron, and whether they are more virulent or not “will become clear in the months ahead.”

How much COVID is in your county? New CDC data shows local spread of BA.2

In the meantime, scientists expect the latest powerhouse mutants to spread quickly, since they are more transmissible than their predecessors.

Though home testing makes it tough to track all U.S. COVID cases, data from Johns Hopkins University shows that cases are averaging nearly 107,000 a day, up from about 87,000 two weeks ago. And new hospital admissions of patients with COVID-19 have been trending upwards since around mid-April, according to the Centers for Disease Control and Prevention.

The Right Chemistry: The scourge of counterfeit drug production