Damian Lewis, Ian Rankin honored by queen on her jubilee 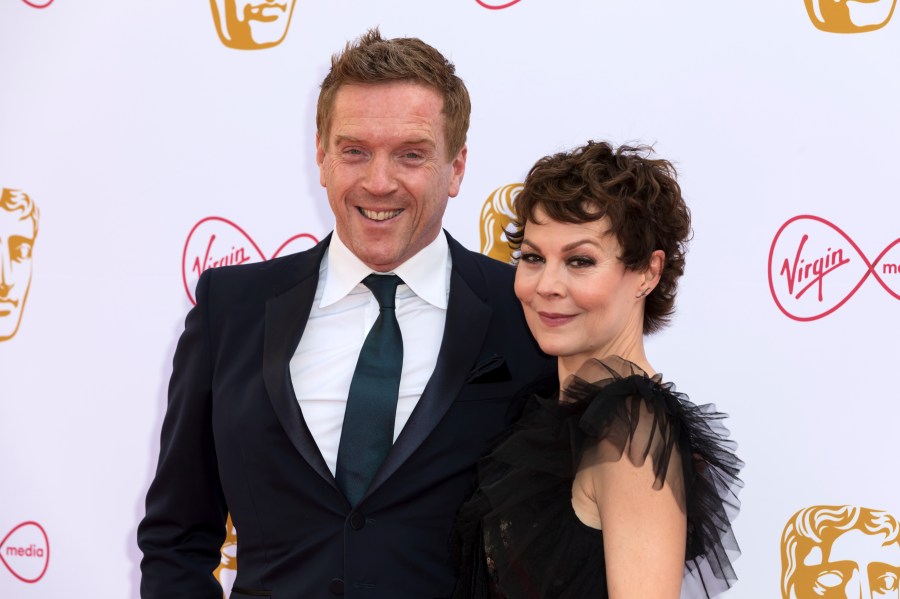 LONDON (AP) — Actor Damian Lewis and crime writer Ian Rankin are among hundreds of Britons honored by Queen Elizabeth II on Wednesday as she celebrates 70 years on the throne.

Lewis, star of TV shows “Homeland” and “Billions,” was made a Commander of the Order of the British Empire, or CBE, in the annual Queen’s Birthday Honors List, which this year coincides with celebrations of the 96-year-old monarch’s Platinum Jubilee.

Lewis, 51, was recognized for services to drama and charity. He and his wife Helen McCrory raised money for a charity providing meals to health care workers during COVID-19 lockdowns. McCrory, an actor who starred in TV drama “Peaky Blinders,” died of cancer last year aged 52.

Rankin, the creator of dogged detective Inspector Rebus, can call himself Sir Ian after receiving a knighthood.

“I am not sure what Detective Inspector John Rebus would make of it,” said Rankin, 62. “He’d almost certainly tell me not to get too big-headed.”

The royal honors are awarded twice a year, at New Year’s and in June, for services to community or British national life.

Along with a sprinkling of famous names are scores of individuals little known outside their communities or professions. This year’s recipients reflect causes close to the monarch’s heart, including youth engagement, the environment and public service.

The awards remain widely coveted as a mark of recognition despite concerns about the associations with Britain’s imperial past in their name.

Pianist and composer Stephen Hough and filmmaker Isaac Julien were among those receiving knighthoods. Former Northern Ireland First Minister Arlene Foster was made a dame, the female equivalent of a knight, as was Ann Limb, the first out gay person to head Britain’s Scout Association.

Author Salman Rushdie, who spent years living under a death threat from Iran over his novel “The Satanic Verses,” was made a Companion of Honor, an award limited to 65 people “of distinction.” Quentin Blake, illustrator of children’s classics by Roald Dahl, also joined the companion of honor list.

Fashion designer Stella McCartney was awarded a CBE, while screenwriter Heidi Thomas, creator of “Call the Midwife,” was made an Officer of the Order of the British Empire, or OBE.

“Total Eclipse of the Heart” singer Bonnie Tyler was named a Member of the Order of the British Empire, or MBE.

“I’m just a girl from a small town in Wales who just loves to sing, so to be recognized for that in this way is very significant to me and my family and friends,” Tyler said.

There was also an MBE for Gregory Rowland, a master wheelwright in southwest England who helps keep an ancient craft alive — and repairs the queen’s royal carriages.

And a sugar-loving nation bestowed a knighthood on Jim Walker, whose family business makes Walker’s Shortbread, a buttery Scottish biscuit sold around the world.

Organizers of last year’s COP26 climate conference in Glasgow also were on the list.

Also recognized were several officials who worked to get some 15,000 British nationals and Afghans out of Kabul when the city fell to the Taliban last year. The organization of that operation has been criticized as a “disaster” by Parliament’s Foreign Affairs Committee, though lawmakers praised staff on the ground who “implemented a chaotic policy to the best of their ability.”

Recipients are selected by committees of civil servants from nominations made by the government and the public, with the awards bestowed by senior royals during Buckingham Palace ceremonies.

In descending order, the main honors are knighthoods, CBE, OBE and MBE. Knights are addressed as “sir” or “dame,” followed by their name. Recipients of the other honors have no title, but can put the letters after their names.