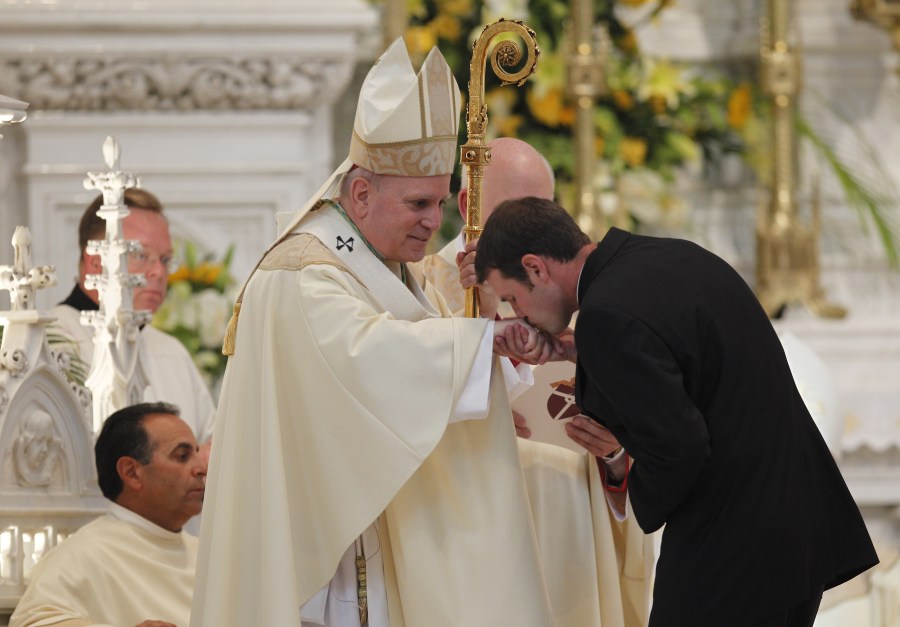 DENVER (KDVR) – Back in mid-March, a record-breaking debate ensued in the state house over HB22-1279, a bill that would solidify a woman’s right to an abortion in Colorado.

After gaining approval in both chambers, the Reproductive Health Equity Act made its way to the governor’s desk, and on April 4, Governor Jared Polis put pen to paper, codifying it into law.

Now, another group is putting their pens to paper in protest of the move they predict will turn Colorado into an abortion destination.

According to a letter sent out on Tuesday by “the united voice of the Catholic Bishops of Colorado, who serve the Archdiocese of Denver and the Dioceses of Pueblo and Colorado Springs,” any Catholic senator or representative who voted in favor of HB22-1279’s passing is now encouraged to refrain from taking part in the sacrament of Eucharist.

The passage of the Reproductive Health Equity Act was fast-tracked in response to the leaked Supreme Court Justice’s opinion that suggested the potential overturning of the longstanding federal abortion ruling set in Roe v. Wade was in the works.

When will gas prices finally fall?

“It rests upon the consciences and souls of those politicians who have chosen to support this evil and unjust law. We pray that this letter and our request to refrain from receiving Jesus in the Eucharist spurs sincere reflection and conversion in the hearts of those who have participated in allowing this grave act of injustice to become law,” the letter from the Colorado Bishops demanded.

The letter also included a statement taken from a separate demand recently put out by U.S. bishops:

“To receive the Body and Blood of Christ while in a state of mortal sin represents a contradiction. The person who, by his or her own action, has broken communion with Christ and his Church but receives the Blessed Sacrament, acts incoherently, both claiming and rejecting communion at the same time. It is thus a counter sign, a lie—it expresses a communion that in fact has been broken.”

The Mystery of the Eucharist in the Life of the Church – U.S. bishops

‘We Build The Wall’ trial ends in mistrial; jury deadlocked

“Until public repentance takes place and sacramental absolution is received in Confession, we ask that those Catholic legislators who live or worship in Colorado and who have voted for RHEA, to voluntarily refrain from receiving Holy Communion,” the letter reads.

According to the group of Coloradan clergymen, attempts were made to communicate with several lawmakers, but responses were minimal.

“This request is not one that we make lightly, but since it is our duty to safeguard the faith and care for the souls of all the faithful – including these politicians – we must make it,” the letter concluded.

Garner to turn to arts as catalyst for downtown revitalization