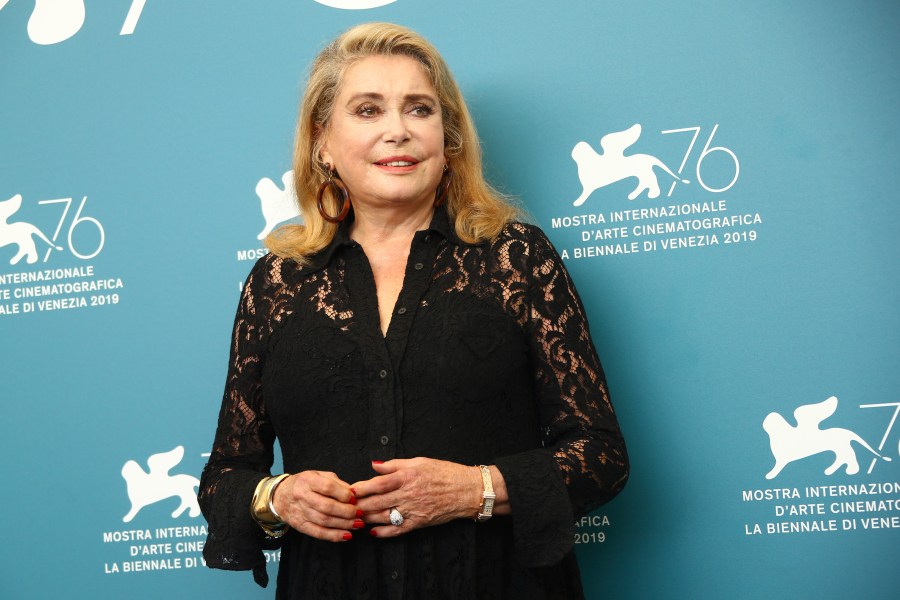 With her angular features, blonde hair and regal demeanor, Deneuve was a key figure in the French New Wave. She broke out after starring as the lovesick Geneviève in Jacques Demy’s candy-colored musical “The Umbrellas of Cherbourg,” which came out in 1964. It would lead to more lauded collaborations with Demy (“The Young Girls of Rochefort,” “Donkey Skin”) as well as directors like Luis Buñuel, François Truffaut (“The Last Metro”) and Roman Polanski (“Repulsion”).

Now 78, Deneuve has worked consistently for nearly 60 years, transcending her ingenue beginnings to become one of the most recognizable and respected stars in the world. In addition to her 14 César Awards nominations and two wins, she was also nominated for best actress at the Oscars for “Indochine” from 1992.

“It is a joy to receive this prestigious award at the Venice Festival,” Deneuve said in a statement. “It is also an honor to be chosen for this tribute at the Film Festival that has accompanied me so often for so many movies.”

Festival director Alberto Barbera said in a statement that Deneuve is, “The very symbol of French cinema, a timeless diva and a true icon of the silver screen.”

“Deneuve has come to embody the essence of the universally recognized diva, taking her place as one of the greatest actresses in film history,” he added.

The 79th edition of the Venice Film Festival runs from Aug. 31 through Sept. 10 in Venice, Italy.