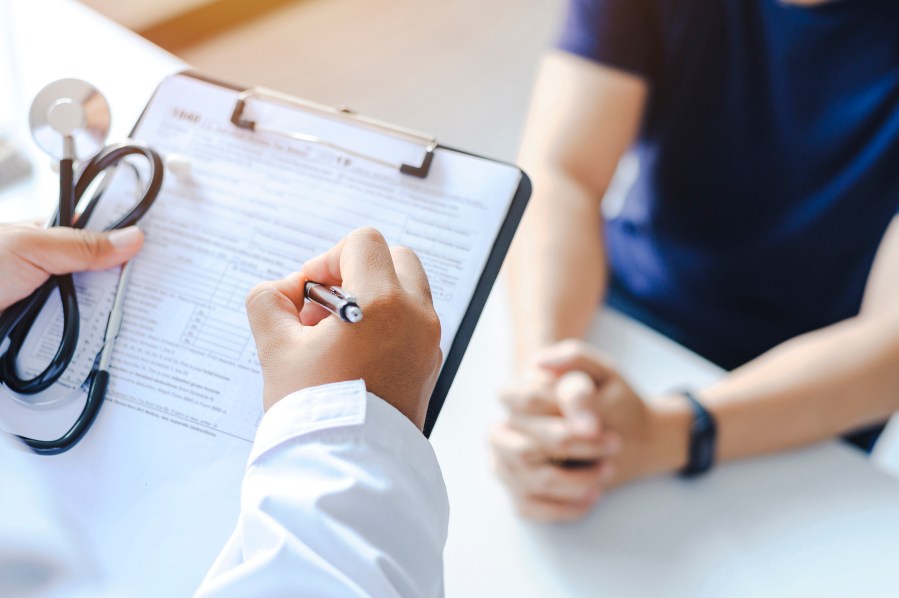 (WJW) – A small cancer trial is showing remarkable results. Every person in the trial – 14 so far – is in complete remission.

The trial led by doctors at New York’s Memorial Sloan Kettering Cancer Center studied the treatment of rectal cancer patients who took dostarlimab, a monoclonal antibody designed to fight the disease, and the results were recently published in The New England Journal of Medicine.

The 14 patients, who all had tumors with a specific genetic mutation, are now in remission, according to a press release from the cancer center.

The MSK clinical trial was investigating if immunotherapy alone could beat rectal cancer that hadn’t spread to other tissues.

Researchers explained that cancer cells are able to confuse immune cells to avoid being attacked. This allows a tumor to hide and grow. Immunotherapy using medications like dostarlimab, help the immune cells to detect and attack those cancer cells. Dosarlimab has previously been used to treat cancer in the lining of the uterus.

“The immunotherapy shrank the tumors much faster than I expected,” Dr. Andrea Cercek said in the release. “My research nurse Jenna Sinopoli would tell me, ‘The patient has only received one treatment and already they’re not bleeding anymore and their terrible pain has gone away.’”

“One young man and his family just sat in stunned silence when I told them his cancer had disappeared,” she added. “Then they thanked us over and over.”

Following immunotherapy, each patient received the same news: their rectal cancer had disappeared. None of the patients required standard treatments of radiation, surgery, or chemotherapy, and all have been cancer-free for up to two years, researchers reported this week.

So what’s next? MSK is looking for more patients to enroll in the clinical trial.

The participants in MSK’s study have stage 2 or 3 rectal tumors with a specific genetic makeup: mismatch repair-deficient (MMRd) or microsatellite instability (MSI). Of all rectal cancer patients, between 5% and 10% are believed to have MMRd tumors. Every year, 45,000 Americans are diagnosed with rectal cancer, according to MSK.

These Capital Region counties are in CDC’s worst COVID category

“Our message is: Get tested if you have rectal cancer to see if the tumor is MMRd,” study co-author Dr. Luis Diaz said in Sunday’s release. “No matter what stage the cancer is, we have a trial at MSK that may help you.”

Dr. Diaz says he hopes “it’s the tip of the iceberg” in the fight against cancer. He added that they are “currently enrolling patients with gastric (stomach), prostate, and pancreatic cancers.”

You can find more details about the study here, and the study’s full text can be found in The New England Journal of Medicine.

The Right Chemistry: An increasing interest in probiotics

Bars, restaurants score big in first round of NHL playoffs