Best hotels in Chicago 2022: Where to stay in the Windy City 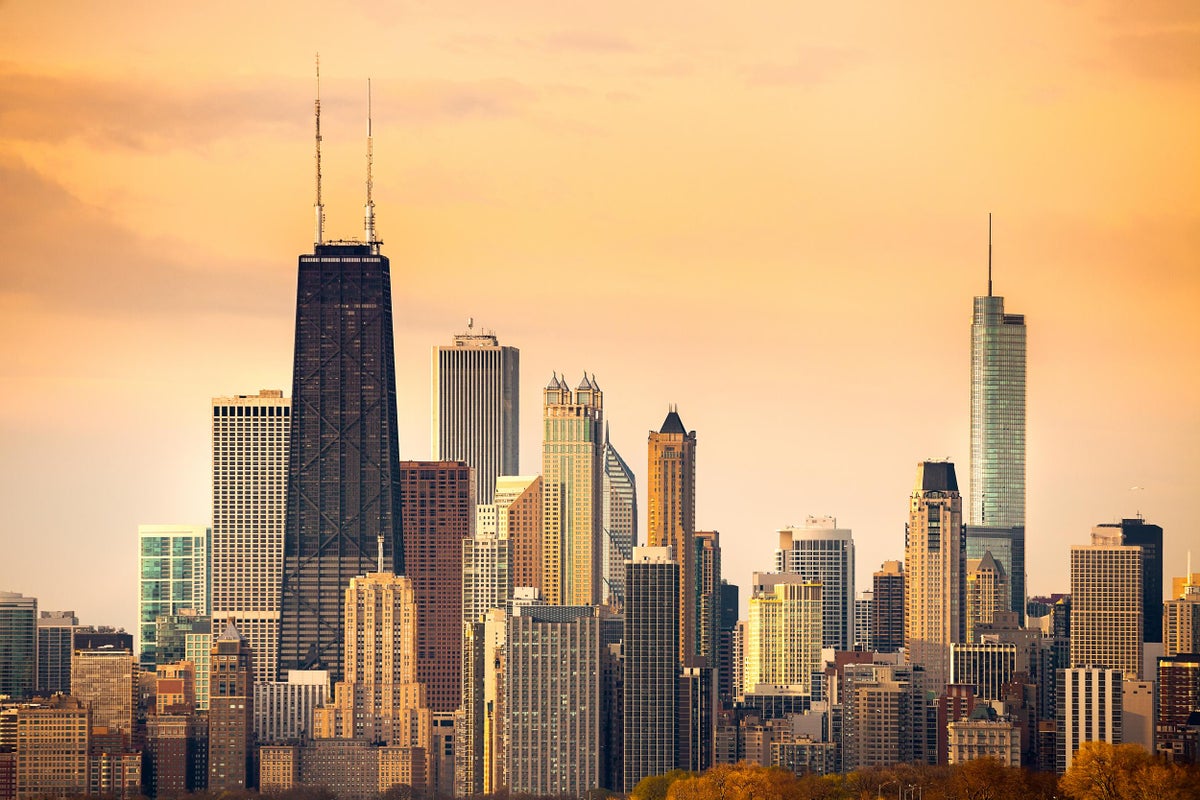 The most American of all the big cities in the US, Chicago stands out not just for its ease of use (O’Hare airport is among the world’s busiest) or its eminently friendly locals (they call it “Midwest Nice”), but also for its stunning architecture. Walk among its 77 distinct neighbourhoods and you’ll find International Style skyscrapers, Frank Lloyd Wright-designed single-family homes, and everything in between.

Food is the big draw in this city of nearly three million souls, but if you’re looking for a killer place to spend the night, you can rest and digest for $250 a night in a former factory filled with tattooed hipsters or drop serious coin in a Magnificent Mile tower.

Most first-timers to the Windy City (named for the windy political climate of the 1930s, not the extreme gusts peeling off Lake Michigan) choose a room with a view of the water, but heading west affords more neighbourhood escapes where actual Chicagoans hang out. So pick your poison, and bring comfortable walking shoes.

The best budget hotels in Chicago are:

The British chain makes its Midwest debut in Fulton Market, in a former warehouse where anyone off the street is welcome to hang in the double-height lobby for some free wifi and water. As such, the buzzy Hox has quickly become steep (and free) competition to Soho House across the street, and the go-to rendezvous spot for impromptu meetings and friendly gatherings. Each of the 182 guest rooms (Snug, Roomy and Cosy) draw inspiration from the building’s industrial past, with mid-century flair, and afford easy access to celebrity chef Stephanie Izard’s white-hot Cabra Cevicheria and the rooftop pool.

What was once an exclusive men’s sporting club was reborn in 2015 as the coolest place to sit by a fire with a hot toddy or challenge a colleague to a darts match in the Games Room. The Chicago Athletic Association’s 240 sporty-chic rooms (note the gymnastic horses at the foot of the beds), designed by Roman & Williams, take over most of the circa-1893 Venetian-Gothic pile, but there’s still plenty of space for seven bars and restaurants, including glassy Cindy’s Rooftop, a mainstay in summer overlooking Millennium and Grant Parks.

Set across from the flagship Ralph Lauren and its ladies-who-lunch dining room, the Park Hyatt towers above the stretch of Michigan Avenue where out-of-towners come to spend their cash and locals befriend their personal shoppers. Try on your new Burberry trench or Gucci costume rings in an expansive suite with glorious views over Lake Michigan and the Water Tower. Don’t worry about overindulging and struggling to fit into that Row dress purchased at nearby Ikram; beloved NoMI Lounge has a semi-secret six-seat sushi bar serving deliciously fresh fish by the piece or full 13- or 18-course omakase meals that won’t bust your belt.

Further west than one typically considers when choosing a Chicago hotel, The Robey has much to beckon visitors to the six-point intersection of Damen, Milwaukee and North Avenues. The Art Deco building, for one, captures the storied spirit of Chicago; it’s the only skyscraper for miles, and stretches 203 feet, so the views are spectacular in every direction. Then there’s the rooftop experiences, starting with a sixth-floor pool and deck, the raucous Cabana Club (try a frozen cocktail), and the hard-to-get-into Up Room, on the 13th floor (guests get preferential reservations). For something more intimate, try to muscle your way into The Grotto – a secluded, private alcove tucked within The Robey’s bell tower. Come for the people-watching, stay for the cosy rooms.

This urban resort rises 18 storeys and also claims one of the city’s prized rooftop pools: summer weekends often find “overserved” brunch diners in their linen finest falling into the water. This prime location, right above what Chicagoans affectionately call the Viagra Triangle, overlooks the best restaurants and shopping through floor-to-ceiling windows – not to mention sweeping views of Lake Michigan and the cityscape beyond. Definitely book a meal at Somerset on the ground floor, which spills onto the vibrant sidewalk, then take a lounger at the rooftop bar and watch the city’s beautiful people in action.

This 218-room hotel clearly draws inspiration from the landmark Atlantic Bank Building’s original architect, Chicago icon Benjamin Marshall. Homage is paid to the city’s industrial history he celebrated, as well as to the man himself – brick walls in the lobby and restaurant are hewn from the original 106-year-old bricks, while in the lounge, these kiln-fired clay pieces provide the canvas for a mural depicting Marshall and his greatest achievements. Light wood walls and ceilings create an open and airy vibe, while the existing brickwork and new metal accents revisit Chicago’s industrial boom. Book a Millennium King room with floor-to-ceiling windows framing Millennium Park, Lake Michigan and that famous Chicago skyline.

Considered by many to be the best Peninsula in the world, service here is as personal as the rooms are high-tech. Change the music or the lighting, or call your butler with a touch of a button, though in all likelihood, he or she already knows to bring you an espresso (you looked tired!) and have your suit pressed (this is where all the boldface names stay when they’re in town for a gala). In keeping with its Asian roots, the opulent 331-room hotel has the best Chinese restaurant in town, the Shanghai Terrace, and keeps privacy paramount. Still, don’t be surprised to run into a basketball star in the lobby or an A-list Hollywood producer in the indoor pool. Just remember to play it cool.

From the moment you step into the Mies Van der Rohe building, walk past the Jaume Plensa marble sculpture, and up to the 12th-floor lobby hung with glass pebbles, you know you’ve entered a spiritual space. Austere it may at first seem, the 316-key hotel is rife with whimsy: in the children’s play room, in the private cinema (first come, first served, always free), and in the playful flavours on the menu at Travelle, the hotel’s award-winning restaurant. Some 140 pieces of art brighten the light-filled building (you can even take a guided tour), while the Chuan Spa provides the ultimate pampering reprieve from the Windy City winters – and is anything but ascetic.

Lunch is a big deal at the Thompson – its Nico Osteria is one of the few places to offer it in these parts – but then again, so are weekend brunches, where sharp-dressed locals linger for hours over bruschetta and prosecco. Upstairs is quite a scene, too, with 247 rooms dressed in masculine greys, blues and browns that echo the skyline and the Lake. The amenities are few (there’s no spa or pool), but it’s still a Chicago favourite for its darkly cool atmosphere and thoughtfully chosen art collection (nip into the four-storey secret stairway for a peek at the works of some of Chicago’s revered graffiti and street artists). The smart money use the Thompson for romantic staycations: start an evening drinking and dining at the bar – who knows who you might run into? – then sleep off the night before in one of the plush guest rooms.

Best for music lovers and grown-up scenesters: The Sophy

The Sophy was the first boutique hotel to hit swanky Hyde Park, but quickly became the social hub for Southsiders. Along with 98 guest rooms (many with custom artwork and turntables with curated vinyl) and an unbeatable location on the buzziest section of South 53rd Street, the hotel offers a thumping lobby bar that gives a nod to the Nobel laureates who taught at nearby University of Chicago, and a restaurant, The Mesler, decorated with book jackets by notable Chicago authors. Mingle with poets, artists, foodies, politicians, scholars, musicians, and anyone who’s anyone in this industrial-style building inspired by Frank Lloyd Wright’s nearby Robey House.

Read more on US hotels: