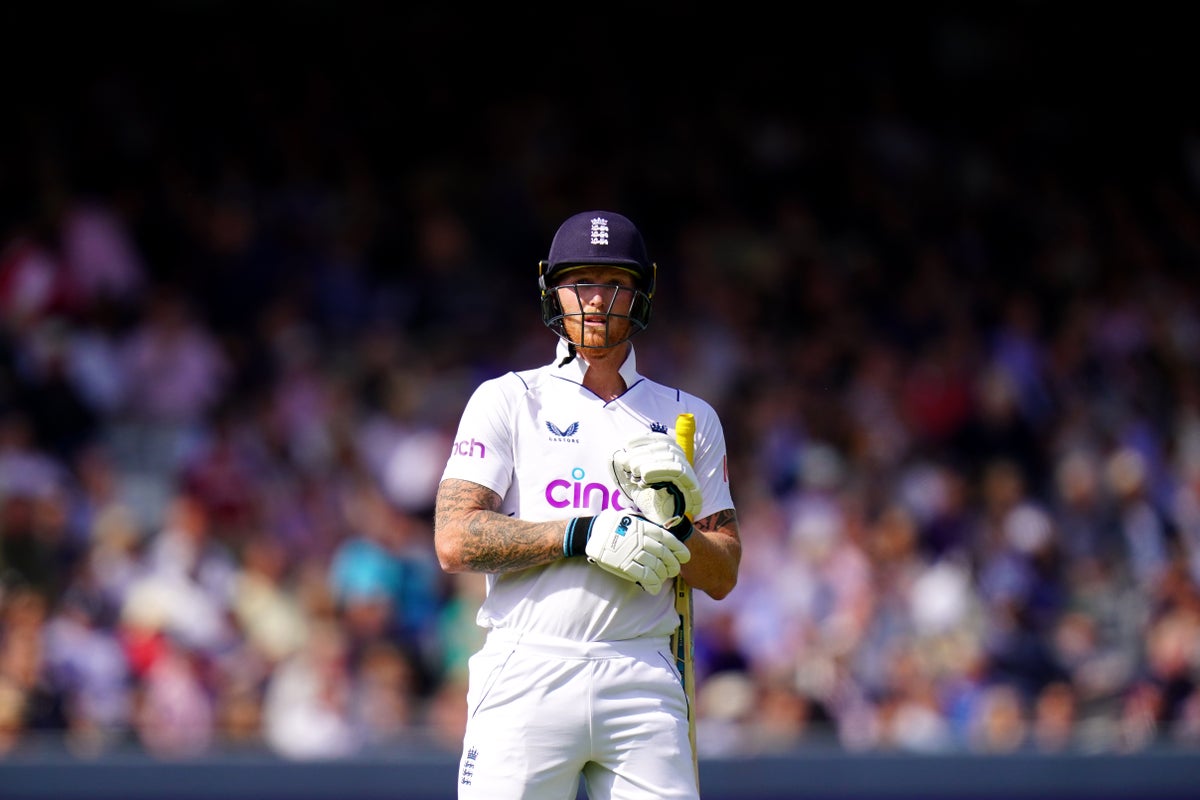 Ben Stokes was handed a reprieve and England a lifeline as the hosts reached 99 for four at tea in their pursuit of 277 to win the first Test against New Zealand at Lord’s.

England were teetering in their chase when Stokes hacked Colin De Grandhomme onto his stumps and the new England captain was almost back to the pavilion when he was recalled as it was revealed the bowler had overstepped.

It was a welcome stroke of fortune for England, who had lost Alex Lees, Zak Crawley, Ollie Pope and Jonny Bairstow cheaply again as the Black Caps piled on the pressure.

Despite a few risky moments in single figures, Stokes hit Ajaz Patel’s second ball for the first six of the match and made it to tea on 14, alongside the man he has replaced as captain, Joe Root, who had 23.

England started the afternoon session at 31 for one, having enjoyed a terrific morning by bowling New Zealand out for 285 as the tourists lost their last six wickets for just 35 runs following a short delay due to rain.

The momentum was with the hosts but their batting frailties – on show again in the first innings – meant all England fans were holding their breath.

Lees and Crawley made it to 31 before Kyle Jamieson struck to remove both openers in quick succession.

Pope’s promotion to number three had already raised questions in the build-up to the match and he did little to put minds at ease when he was bowled by Trent Boult for 10 to leave England yet again chasing the game at 46 for three.

Root was once again the linchpin of the England innings, playing steadily and looking comfortable.

Bairstow brought intent to the crease, picking up 14 runs in an over, before becoming another English batter to be undone by the 6ft 8in frame of Jamieson, being bowled off an inside edge for 16 to put the onus firmly on Root and Stokes.

In the first session, Matthew Parkinson had claimed his maiden Test scalp to take the final wicket as England regained control of the game having struggled overnight.

New Zealand’s second innings was brought to a quick conclusion inside the first hour-and-a-half of play.

Daryl Mitchell did bring up his century with his first ball of the morning in Stuart Broad’s opening over, although the introduction of the new ball saw the wickets tumble including an England team hat-trick.

Broad struck twice either side of a direct-hit run out from Pope, which saw De Grandhomme, who had top-scored for the Kiwis in the first innings, out for a duck.