Last week, Barry finally let us come up for some air, take a deep breath, and have a good laugh. Now, we’re diving headfirst back into its dramatic depths, as the season’s penultimate episode forces its protagonist to confront his misdeeds in both the physical and metaphysical realms. With almost certain doom on his horizon, might Barry finally be on the cusp of real change?

When we last left Barry Burkman (Bill Hader), he has just been poisoned by Sharon (Karen David), the widow of an army buddy whose suicide he staged to protect his secrets. Unable to watch Barry foam at the mouth, Sharon flees the scene and, left alone, Barry seems to recover, wandering outside to a nearby beach. If this seems too good to be true, it is. The idyllic oceanfront to which we return several times throughout the episode is either a dream or a liminal space between life and death. Barry joins a group of people gathered along the shore, and as the wordless sequence progresses, our suspicions as to the nature of this gathering are gradually affirmed. The first faces we see are only vaguely familiar, but a freeze-frame and a peek at the end credits confirm that we have indeed seen them before. The figures become incrementally more recognizable. There’s Goran, the Chechen boss from Season 1; Sharon’s husband, Chris; the Burmese gang leader, Esther; the bikers from last week’s car chase. Barry stands amongst a mass of the people who he’s killed over the course of the series.

Not everyone he’s killed, however. Bringing back every single notable character who Barry has murdered for a brief, silent cameo would be difficult under any circumstances, but particularly given COVID precautions. Notably absent from the crowd is Detective Janice Moss, possibly due to actor Paula Newsome’s commitment to CSI: Vegas. Nevertheless, this is a crucial and effective sequence in which writer Liz Sarnoff and director Bill Hader don’t overplay their hand. Barry encountering the ghosts of the people he’s killed could easily become a cheesy moment of reckoning, but instead, the congregation does not acknowledge him at all. Instead, they patiently await the arrival of some unseen vessel from the ocean, creating a more obscure and dreamlike atmosphere.

In reality, Barry has stumbled out of Sharon’s house and been recovered by yet another of the people who Fuches has sent after him: George Krempf (Michael Bofshever), father of Barry’s victim and acting classmate Ryan Madison. George is suffering through a crisis of conscience, consumed with grief over his son’s death and wrestling against the urge to take revenge. Through tears, George explains his predicament and his pain to a barely-conscious Barry in the parking lot of a hospital, but ultimately chooses to take his own life rather than Barry’s. George’s gunshot attracts the attention of hospital staff, assuring that Barry will receive treatment and survive his poisoning. It’s unclear how much Barry is aware of what’s happening around him, as he bounces between the worlds of the living and the dead. Will the two revelations (one regarding the anguish of his victims’ loved ones, one regarding the scale of the damage he’s done) be enough to inspire Barry to truly turn over a new leaf? Will his next attempt to change his life be born not from a desire to escape responsibility but to truly accept it?

After weeks of musing on the difficulty of forgiveness, Barry has finally offered a meager hope that some measure of amends might be achievable. Last week, Gene Cousineau (Henry Winkler) was offered the chance to shoot an acting master class for a streaming service, and in turn invited his ex, Annie Eisner (Laura San Giacomo) to direct it. Gene torpedoed Annie’s career decades ago after their romantic relationship ended, and he is now desperate to restore it for her. And, while bygones are certainly not bygones, it appears to be working, as Gene dedicates the entire project (and his full salary) to boosting her career rather than his own. Annie is no fool and recognizes that this is about making Gene feel better as much as it is about improving her life, but she accepts the help regardless, because she deserves the second chance. Is it true justice? Not exactly. Gene still gets to maintain his newfound reputation as a really good guy, with the industry at large still unaware of what he did to her, and nothing can give Annie back those stolen years. But it’s a beginning, at least, to the extent that Annie decides it is. If this were to be the end of their story, it would be about as uplifting as this series gets.

Mercy, however, is not contagious on Barry, as Sally (Sarah Goldberg) discovers that her former assistant Natalie (D’Arcy Carden) is now running her own comedy series on BanShe that is suspiciously similar to Sally’s canceled drama. Sally corners Natalie in an elevator and screams at her, which on a superficial level it’s about as nasty as Barry exploding at Sally earlier in the season. We know the context is a bit different; This is an isolated incident for Sally rather than a pattern of behavior (and also Sally hasn’t murdered dozens of people), but that makes little difference to Natalie, who sends a video of Sally’s outburst to a Hollywood gossip site. Against the advice of her agent, Lindsay (Jessy Hodges), Sally responds with a video of her own which is a complete non-apology, digging herself a deeper hole. Her descent is represented visually in the scene in which she verbally unloads on Lindsay while gradually stepping backward into a pitch-dark background. It’s not the most subtle directorial decision, but Sarah Goldberg sells it hard with her performance. Sally does not treat people very well, in general, but she’s also not wrong about being used and betrayed by practically everyone she’s met in the industry, and being expected to wear a smile throughout. Here, at the end of her rope, she’s found a darkness that might destroy her career and possibly lead her to rebuild her toxic relationship with Barry.

Naturally, a fair chunk of “candy asses” is dedicated to setting up a grand climax for next week’s season finale. While in police custody, Monroe Fuches (Stephen Root) manages to point two very dangerous and highly-motivated men in Barry’s direction. FBI Special Agent Albert Nguyen (James Hiroyuki Liao) and Det. Moss’s father Jim (Robert Ray Wisdom) now both know that Barry has killed someone close to them. Albert has the authority of the law behind him, Jim possesses an uncanny mental fortitude, and Barry is recovering from a near-fatal poisoning. His only ally, Noho Hank, is currently in Bolivia, captured by Cristobal’s enemies. And since this entire season has been focused on the unavoidable consequences of selfish or cruel behavior, the question going into next week isn’t necessarily “How will Barry get out of this one?” but “Will Barry get out of this one?” 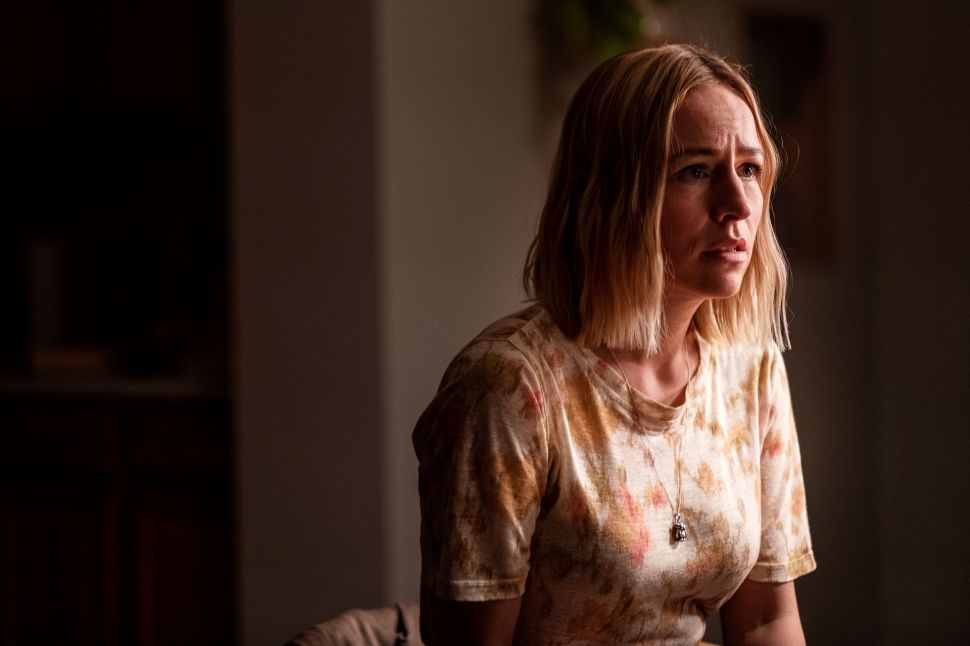