Barry S3E5 Recap: No Escape From the Past

Self-deception has been one of Barry’s most prominent themes from the very beginning. Bill Hader’s not-actually-reformed assassin believes that he can absolve himself of his crimes by simply starting a new life, but he can’t truly escape himself or his past. In this episode, “crazytimeshitshow,” Barry attempts to reconcile the two versions of himself in the interests of living more honestly, and discovers that lowering his shields also invites some well-deserved judgement. And he’s not the only one; nearly every storyline in “crazytimeshitshow” sees a character trying to be their best self in the moment, but it’s too little and too late.

After getting dumped for his abusive behavior, Barry seeks out advice from Noho Hank, by which I mean he breaks into his house and waits for him to get home so that he can force him to listen to all of his problems. Hank diagnoses Barry’s problem precisely: Barry is cracking under the strain of being two people all of the time, and the person who he is with Sally is an almost total fiction. Barry knows that he can’t simply come clean to Sally about what he’s really been doing for a living and what his inner life is like, but rather than just leave her alone like she’s asked, Barry decides to try and let her in piecemeal. He creates a bizarre vision board collage of his hopes and dreams like the one James Caan’s character carries around in the 1981 Michael Mann film Thief, which he plans to leave in her apartment along with his keys. But Barry’s problem isn’t only that he’s not honest with Sally about who he is, he’s also not honest with himself about how he’s been treating her. There’s nothing of an apology in any of this, and at best it’s an effort to make himself more understood so that he can relieve some of the pressure in his own head. Sally’s feelings are barely part of the equation.

The morning after the premiere of her critically-acclaimed television series, Sally gleefully prepares for her imminent fame and fortune only to be informed that afternoon that streaming service BanShe has canceled the series. Despite its warm critical response, BanShe’s algorithm has determined (in all of twelve hours) that the show is not taking hold with audiences, and so the streamer has decided to bury it, going so far as to make it impossible to find on their platform. This is a cutting caricature of the modern streaming economy, in which content is produced in such abundance that many releases simply disappear and creative decisions are made using kiloquads of user data. (The term “taste clusters,” used to comic effect in this episode, has been attributed to Netflix.) But, more importantly, it’s a thoughtless dismissal of the emotionally honest and apparently excellent work in which Sally has invested her entire self-worth. She’s put herself out there and attempted to make something meaningful and useful out of her painful personal experiences, and that makes its rejection all the more brutal. In this season’s pattern of characters falling into traps of their own making, Sally’s misfortune is an outlier. However much her ego may have run away with her, that’s independent of Joplin’s cancellation. BanShe does her dirty, and that’s all there is to it.

When Sally arrives home from her miserable day, Barry is still in the apartment and tries to comfort her. Still trying to apply Hank’s advice to be more honest and to demonstrate love through small acts of service, Barry offers to use his training in psychological warfare to slowly drive the BanShe executive Diane Villa (Elizabeth Perkins) insane until she takes her own life. He’s opening a window into how he sees the world and what he’s really capable of, but in a context in which it might be of use to her and therefore more forgivable. This doesn’t soften it a bit, in fact his effort to play off making someone’s brain “basically eat itself” as if it’s not a big deal only makes him look like more of a psycho. Sally dismisses him out of shock and fear for her own safety, but he’s as clueless as ever, still convinced he’s not the asshole here. He did the thing he was supposed to do, after all.

In case you thought things might be looking up for Barry’s one functional couple, Noho Hank and Cristobal’s domestic bliss is interrupted when Cristobal’s wife, Elena (Krizia Bajos) comes to town to exact vengeance for her father’s murder. Taking command of the late Fernando’s surviving troops, she lays siege to the Chechen heroin plant and has Cristobal snatched out of his home while Hank watches helplessly from inside a closet. When he sees Elena tear up at the sight of a photo of Hank and Cristobal together, their heartbreak is mutual, as Cristobal has never told him about her, either. While Hank and Cristobal’s relationship is mired in secrecy for understandable reasons, Cristobal hiding his marriage from Hank protects no one but himself, and only serves his desire to make a clean break from his past. And if there’s one takeaway from this season of Barry, it’s that such a thing is not possible.

To his credit, Gene Cousineau seems to be trying his best to address his past sins the right way, by offering sincere (or at least, sincere-sounding) apologies to those he’s harmed when opportunities present themselves. Gene is getting great satisfaction from how his apologies have been received. It clearly means a lot to the production assistant who Gene threw a hot tea at decades ago to finally hear Gene say “I’m sorry.” But, then again, that incident was only a nasty pothole on that man’s path to becoming the showrunner of Laws of Humanity, a hit TV show. The same goes for actor Joe Mantegna (who guest stars as himself), who had a successful acting career despite Gene’s jealous attempts to sabotage him. When Gene runs into his ex, Annie Eisner (Laura San Giacomo), he hopes to receive a similar absolution, but his offense here is much worse as his efforts to destroy her were quite successful. After their breakup, Gene had theater director Annie blackballed in both New York and Los Angeles, deliberately and irrevocably torpedoing her career, something he did so casually that he claims not to even remember doing it. No apology can bring back what he took from her, and what’s more, she’s now forced to watch while the man who destroyed her life is publicly celebrated for his rehabilitation. He’s getting his life back, and she isn’t. Mutual friend Joe Mantegna couldn’t have known this, but the kindness he’s showing to Gene is also cruelty towards Annie.

Some wrongs can’t be righted, but that doesn’t stop the (still unnamed) widow of one of Barry’s murder victims and her teenaged son Kyle from seeking bloody retribution. They stalk Barry back to his and Sally’s apartment (from which he’s just been evicted), but before they can kill him as planned, the widow accidentally shoots Kyle in the chest. The episode ends with her speeding to the hospital as Barry shrugs off the sound of nearby gunfire and goes about his evening. This gun accident is one of the cruelest twists the Barry writers room has thrown at us to date. Even assuming that Kyle is going to be fine (violence – consequences = slapstick), the tone of this subplot is still too sincere for this to really play as a joke, and it provokes nervous laughter at most. Thematically, though, it adds yet another level of complexity to the season’s mediation on mercy. Forgiveness is not always deserved and is never guaranteed, but vengeance is not a safe or fulfilling alternative. Every response to grave wrongdoing is complicated, none is perfect, and—in the words of Diane Villa—nobody knows anything. 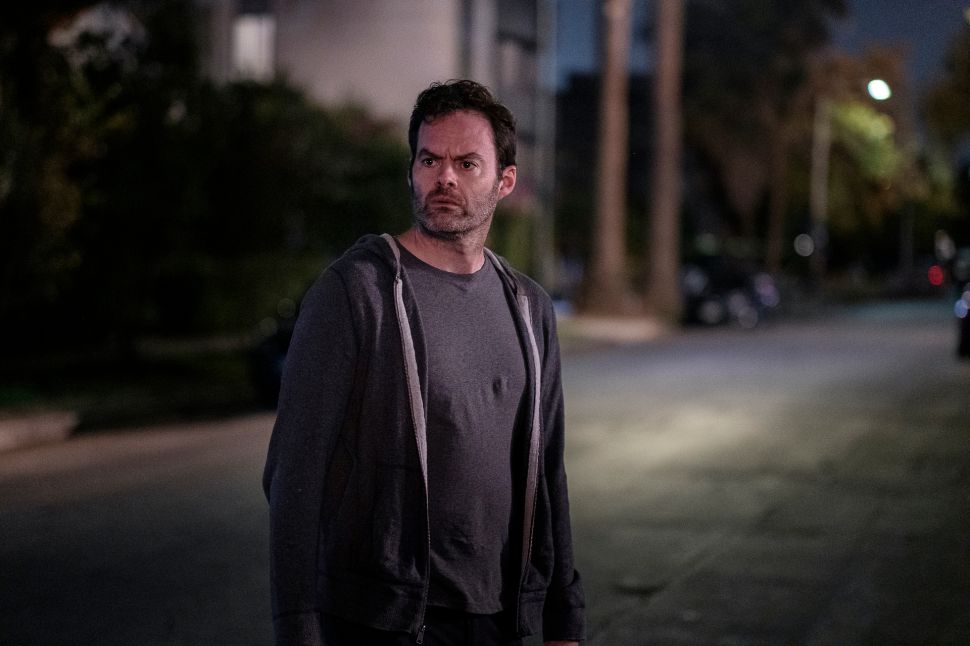 Tourism inching back to pre-pandemic levels

Prepare for heavy congestion on the N3, if you’re planning a trip to the coast