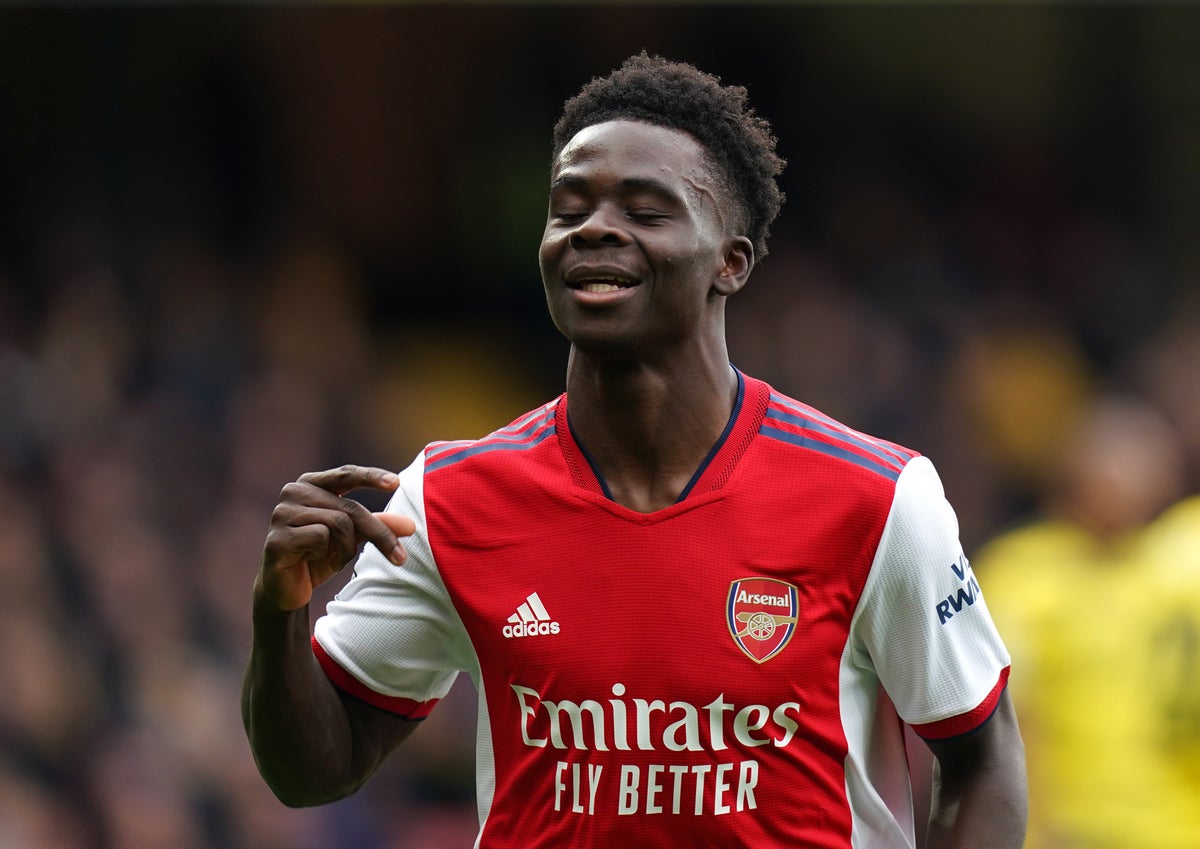 Manchester City sources have told the Daily Mirror that rumours of a move for Arsenal and England forward Bukayo Saka are false. The paper writes that there is “nothing in” reported interest in the 20-year-old, who is heading into the final two years on his Arsenal contract.

West Ham are looking at Christian Eriksen and Joakim Maehle, according to the Daily Star. Thirty-year-old Eriksen is at Brentford while 25-year-old Maehle is his Danish team-mate and plays for Serie A club Atalanta.

Thomas Tuchel has been promised control over transfers at Chelsea by the club’s new owner, Todd Boehly, according to The Daily Telegraph. The paper writes the move is meant to model the operations of Manchester City and Liverpool.

And the Daily Mirror reports Manchester City striker Gabriel Jesus is looking to join Real Madrid over Arsenal. Citing ESPN, the paper says City have put a £55million price tag on the 25-year-old.

Darwin Nunez: Sebastian Giovaelli is cited in the Daily Star as claiming Manchester United and Newcastle are the two teams closest to signing the 22-year-old Benfica striker.

Aerosmith’s Steven Tyler, who spent millions on coke, back in rehab