Archbishop bars Pelosi from communion over support for abortion rights 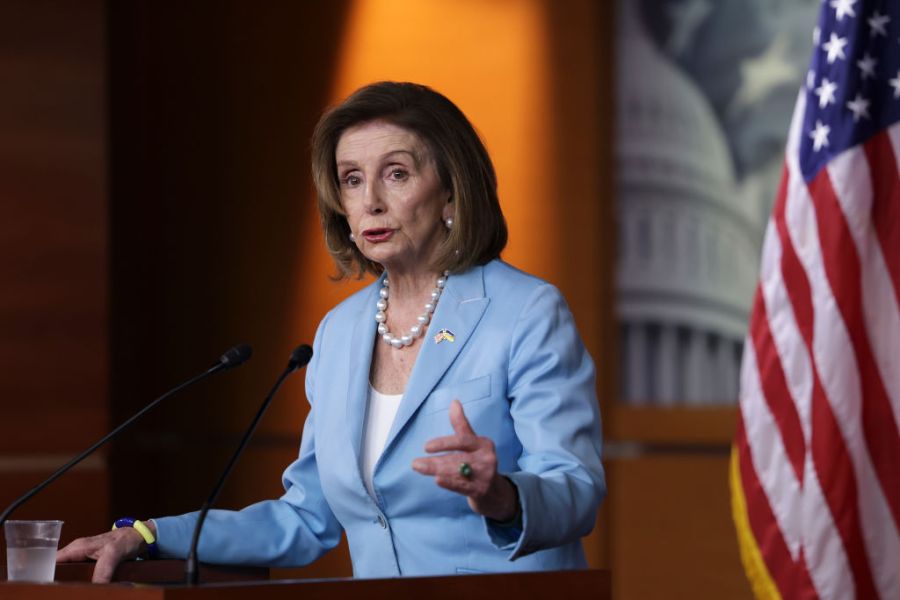 (The Hill) – The Archbishop of San Francisco barred Speaker Nancy Pelosi (D-Calif.) from receiving communion over her support for abortion rights.

Archbishop Salvatore Cordileone said in a letter to Pelosi on Thursday that he had requested to speak to her after she vowed to codify Roe v. Wade, the landmark abortion rights case, in the wake of Texas banning abortions after six weeks last September.

He had warned Pelosi in an April 7 letter, he said, to either repudiate advocacy for abortion rights or to refrain from referring to her Catholic faith in public or else he would have no choice but to bar her from being admitted communion.

“As you have not publically repudiated your position on abortion, and continue to refer to your Catholic faith in justifying your position and to receive Holy Communion, that time has now come,” Cordileone said in the Thursday letter. “Therefore, in light of my responsibility as the Archbishop of San Francisco to be ‘concerned for all the Christian faithful entrusted to [my] care’ (Code of Canon Law, can. 383, §1), by means of this communication I am hereby notifying you that you are not to present yourself for Holy Communion and, should you do so, you are not to be admitted to Holy Communion, until such time as you publically repudiate your advocacy for the legitimacy of abortion and confess and receive absolution of this grave sin in the sacrament of Penance.”

Pelosi, who describes herself as a devout Catholic, has defended her support for abortion rights despite the Catholic Church’s stance against abortion.

“I believe that God has given us a free will to honor our responsibilities,” Pelosi said in a press conference last September, noting that she is the mother of five children.

“For us, it was a complete and total blessing, which we enjoy every day of our lives. But it’s none of our business how other people choose the size and timing of their families,” Pelosi said.

The move to formally say that communion should be withheld from Pelosi is an escalation of the Catholic leader’s feud with the Speaker.

“A Catholic legislator who supported procured abortion, after knowing the teaching of the Church, commits a manifestly grave sin which is a cause of most serious scandal to others,” Cordileone said in the Thursday letter to Pelosi.

Scrutiny of Democratic Catholic politicians supportive of abortion intensified in light of the leak of a draft opinion that would overturn Roe v. Wade, and since Pelosi and Congressional Democrats moved to pass a bill to codify abortion rights.

Cordileone, who has been an outspoken critic of how public officials talk about abortion, wrote another draft letter earlier this month that said public figures who support abortion should be denied communion. But in that letter, he did not name any particular figures, despite one of the country’s most famous Catholics being a parishioner in San Francisco.

Biden was denied communion at church in South Carolina in 2019 over his stance on abortion.

A previous effort by the U.S. Conference of Bishops to draft a formal statement on the meaning of communion, and saying politicians like Biden should be denied communion based on abortion rights, floundered. After the Vatican sent U.S. bishops a letter advising against a national policy about who can receive communion, the bishops instead adopted a more general statement about the sacrament of communion, according to the Washington Post.

Pope Francis in September weighed in on the debate to deny communion to abortion-supporting politicians by saying that he has “never refused the eucharist to anyone,” calling on bishops to be pastors rather than politicians.

Cordileone, though, took a firmly different stance. In a letter to priests on Friday, he said that the decision to bar Pelosi from communion “is simply application of Church teaching” and not political.

In a third separate open letter to the faithful on Friday, Cordileone said he finds “no pleasure whatsoever” in barring Pelosi from Communion.

“Speaker Pelosi remains our sister in Christ. Her advocacy for the care of the poor and vulnerable elicits my admiration. I assure you that my action here is purely pastoral, not political,” he wrote.

Pelosi’s office did not immediately respond to a request for comment.

US gas prices top $5 in 13 states and counting