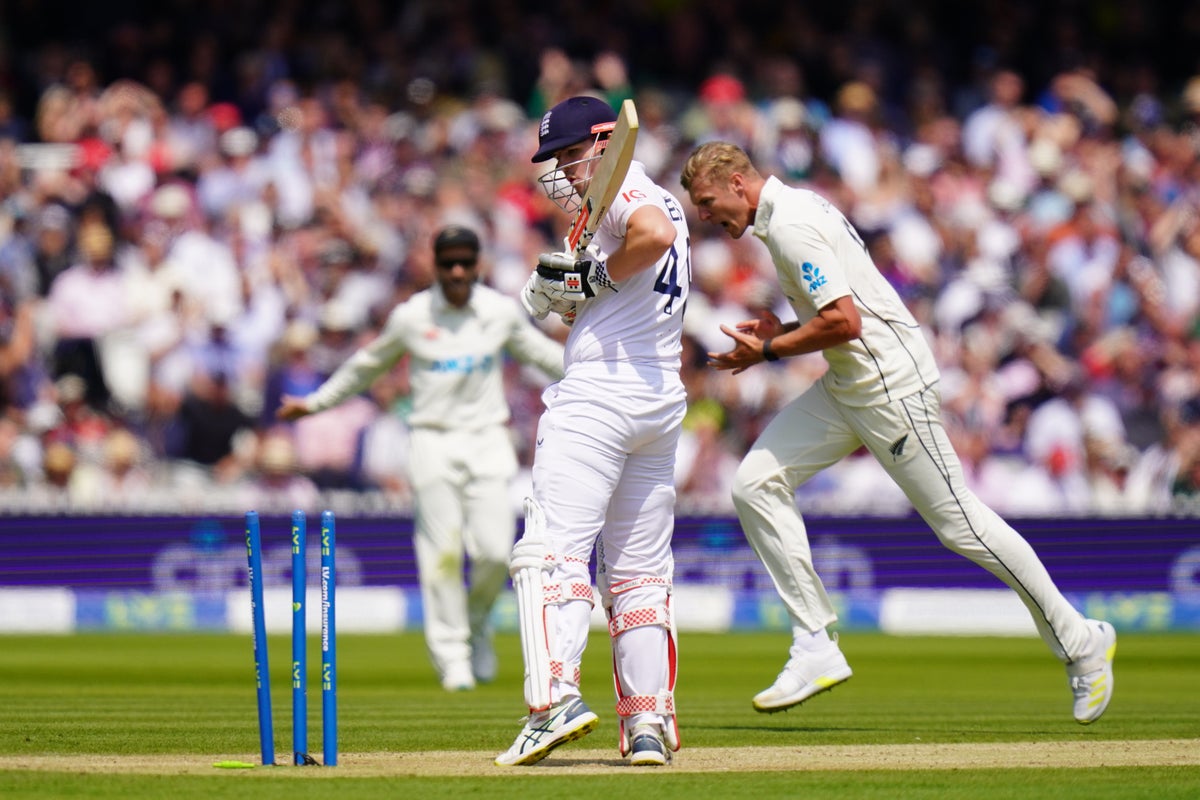 Alex Lees was the only casualty for England as they started their chase of 277 during the morning session of day three of the first Test against New Zealand at Lord’s.

The hosts had almost successfully navigated their way to the break without loss, with Lees batting confidently, before he was bowled by Kyle Jamieson for 20 with the total on 31.

Having floundered at the end of the second day, England got back in the game with the introduction of the new ball, taking six wickets for 34 in the first hour and a half of play, with Matthew Parkinson claiming his maiden Test scalp for the final wicket.

Broad struck twice either side of a direct-hit run out of Colin de Grandhomme from Ollie Pope as England claimed a team hat-trick before Parkinson took the 10th wicket, his first of the game, ending a useful cameo from Tim Southee.

The Kiwi bowler added 21 from 26 deliveries including four boundaries before his run was ended when he was caught by Joe Root in the slips.

Mitchell wasted no time bringing up his century with his first ball of the morning in the first over from Broad.

It was the 31-year-old’s second Test ton and first on foreign soil since his debut in 2019, however Broad claimed Mitchell’s wicket just after the new ball was taken. The Kiwi batter edged behind and Ben Foakes made no mistake.

After making 42 in the first innings, De Grandhomme was out for a duck after being run out by a clever direct hit from Pope, while being slightly slow getting to back to the crease after an LBW appeal.

Broad then struck immediately with the next ball to bring up the team hat-trick by bowling Jamieson.

Blundell was next and fell just four runs short of his own century, with Anderson taking his first wicket of the day as New Zealand slipped to 26-8 and from there the tourists did not last much longer.