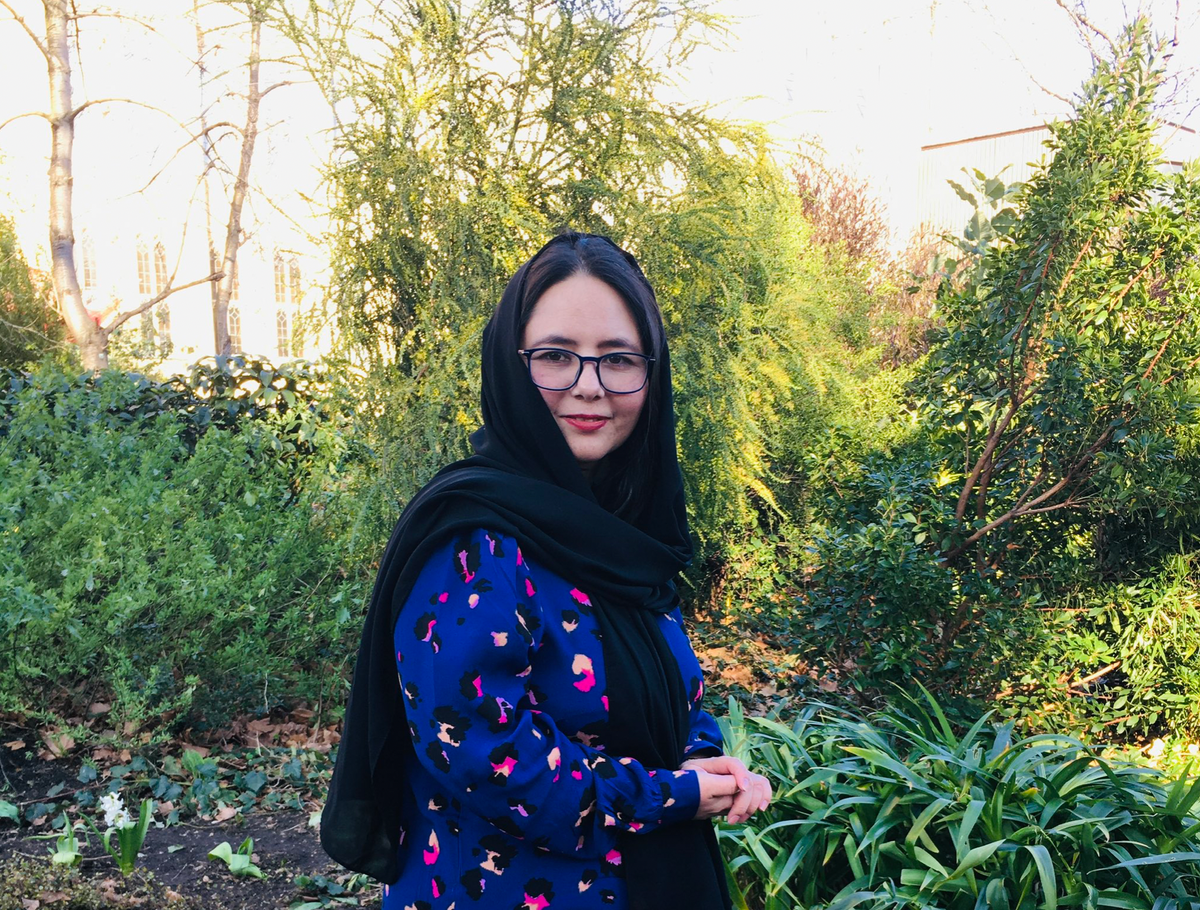 A leading Afghan journalist who was a Time magazine cover star has spoken out about the “pain” of being forced to live in a hotel in the UK for almost nine months.

Zahra Joya, who was one of Time’s women of the year in 2022, is currently living in exile in London after escaping the Taliban in Afghanistan at the end of August last year.

The 29-year-old, who is the founder of Rukhshana Media, Afghanistan’s first feminist news agency, told The Independent she is struggling to cope in the UK due to being so far away from her parents.

Ms Joya, who is running the media outlet from the UK, said: “Living in a hotel and being away from my parents is very painful for me. Honestly, I am mentally in Afghanistan. I’m just physically out of my country and home.

“I am disappointed with everything that is happening in Afghanistan. I feel broken every day and I start again. Life is very difficult in such conditions. I start each morning with a lot of stress and worry. When I wake up, the first thing I do is check my phone to see what happened in Afghanistan.”

The Taliban ramped up their attack on women’s rights last month – ordering women and older girls to cover their faces while out in public and try to remain at home.

In addition to this, the hardline Islamist group also ordered all Afghan women to wear a burqa that veils their faces while out in public. At a press conference in Kabul, a spokesperson for the Taliban said a woman’s father or the male family member closest to her would be visited and eventually jailed or sacked from government jobs if it was discovered that she had infringed the new regulations.

“It was good I was listed by Time as one of their twelve women of the year in 2022,” Ms Joya, whose media outlet shines a light on women’s struggles under the Taliban’s regime, said.

“At a time that unfortunately, half of the population of Afghanistan – the women – are being victimised by Taliban’s barbaric violence. Millions of girls in Afghanistan have lost their right to education.”

Ms Joya, who came to the UK on 26 August last year, warned the world is “witnessing an increase in Taliban violence every day”.

The journalist, who was interviewed by Angelina Jolie for Time magazine, added: “The Taliban, an insurgent group that has created two decades of war against people of Afghanistan, have repeatedly committed acts that are clear examples of crimes against humanity and war crimes.

“They have killed and tortured thousands of civilians, assassinated journalists, judges, activists and police women. They have threatened and oppressed women, and harassed political, racial, cultural and religious groups.”

The Taliban has “clearly ignored and violated international humanitarian law”, she said, adding the group are “in clear violation of various articles of the 1949 Geneva Conventions”.

The Taliban has escalated restrictions on women since seizing power of the Afghan capital, Kabul, in mid-August as US and British forces withdrew. The group, which previously ruled the country, has blocked women from the workplace and secondary education and barred them from taking part in all sports.

Ms Joya, who leads a team of female journalists who work in secret across Afghanistan, explained Rukhshana Media is centred around relaying “the stories of the women and girls who are living under a regime of gender apartheid in 21st century” in a climate where women are barred from simply picking which clothes they wear.

She added: “At Rukhshana Media, we want to tell what it means to lose not only your rights, your job, but also your social identity.

“We don’t simply do journalism these days, we are also covering the loss of our own rights, of our own freedoms.

“One day, we write about girls being deprived of going to school. Another day, we write about the compulsory hijab. The next day, about women being barred from sports activities. Then, we report on forced marriages and mysterious killings. The list goes on.”

Ms Joya, who studied law at university in Kabul, is from the Hazara community, a group which has a lengthy history of being oppressed by the Taliban.

Growing up, she spent five years pretending to be a boy as there were no schools which allowed girls to attend nearby. She decided to embark on a career as a journalist after a friend suggested she do work experience at a local news agency, she said.

“As soon as I walked in I knew this is what I was supposed to be doing,” Ms Joya added. “I decided to become a journalist and amplify the voice of the people, particularly women, in the pursuit of justice. I knew many women who had sad stories but had no place to talk and share them.”

Eight in ten women journalists have lost their jobs since the Taliban captured power last summer, according to Reporters Without Borders.

Ms Joya, who has been subjected to death threats for her reporting, explained she has been a journalist for almost a decade now – adding that she was often the only female reporter working in the newsroom.

She added: “News and stories were often told from a men’s point of view, and it was men who decided what was worth the news.

“In 2020, I decided to start my own company so that I could tell stories about what was happening to women and girls across the country and hire women journalists to do the reporting.”