A closer look at Wales’ World Cup Group B opponents 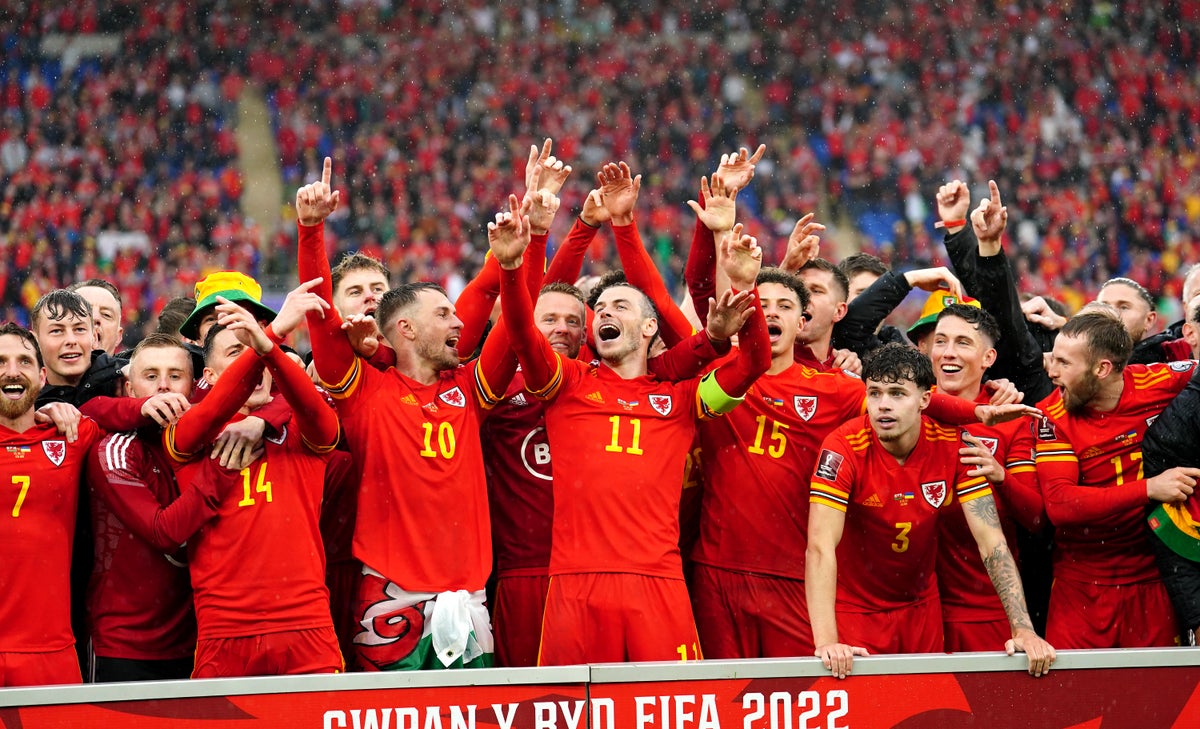 Wales beat Ukraine in a play-off final on Sunday to reach their first World Cup since 1958.

Gareth Bale and company will head to Qatar as underdogs after being the last of the 13 European nations to qualify for the 32-team tournament.

Here we run the rule over Wales’ Group B opponents in November.

Just like at Euro 2016, Wales find themselves in the same group as neighbours England.

Wales lost 2-1 to England in Lens six years ago after Gareth Bale had given them a half-time lead. Jamie Vardy equalised before Daniel Sturridge grabbed a stoppage-time winner.

But Wales had the last laugh in topping the group, and progressing further in the competition than the Three Lions by reaching the semi-finals. Gareth Southgate’s side are ranked fifth in the world and the Euro 2020 runners-up will be expected to top the section. The two home nations meet in the final round of fixtures on November 29.

Wales will kick-off against the United States on November 21 at the Ahmad bin Ali Stadium, the venue for their three group matches. The US are 15th in the FIFA world rankings, only three places above Wales.

Chelsea forward Christian Pulisic is the key player in a side managed by Gregg Berhalter. The Americans have emerging talent such as Barcelona full-back Sergio Dest, Borussia Dortmund midfielder Gio Reyna and Juventus’ Weston McKennie.

But they were inconsistent in CONCACAF World Cup qualifying, finishing behind Canada and Mexico and only secured automatic qualification due to a better goal difference than Costa Rica.

Little may be known about Iran, but the ‘Persian Leopards’ are ranked 21st in the world – three places below Wales. Iran are coached by the Croatian Dragan Skocic and will meet Wales on November 25.

Many of their players are based in Iran, but a growing number now ply their trade in Europe. Hull loanee Allahyar Sayyadmanesh and Feyenoord’s former Brighton winger Alireza Jahanbakhsh are known to English football fans.

Iran were impressive in the final round of Asian qualifying, winning eight and drawing one of their 10 games to finish above South Korea and take a spot. But World Cup preparation has been hit by problems with planned games against Canada and South Africa cancelled.

Cyndi Lauper’s Mom, Star of Her Music Videos, Has Died – NBC 5 Dallas-Fort Worth

Gatwick Airport: How to get a refund if your EasyJet, British Airways or Tui flight is cancelled