5 More Kate Bush Songs to Obsess Over After “Running Up That Hill.”

The fourth season of Stranger Things isn’t just a boon for its beleaguered streaming network, aficionados of ‘80s pop culture, or people who think television should be longer. The latest installments of the series are making a genuine hit song (again!) out of Kate Bush’s “Running Up That Hill.”

The U.K. songstress’ signature single is a crucial part of the Netflix sci-fi blockbuster’s latest chapters  — the favorite song of mystery-solving, evil-monster-battling teen Max, a point that ends up saving lives in more ways than one. Whether viewers were falling in love with Bush’s signature tune all over again or discovering it anew, “Hill” turned into a mountain over Memorial Day weekend, topping the iTunes chart in America (and reaching the Top 10 in nearly three dozen other countries), racking up millions of streams along the way.

It’s an astounding second act of sorts for an iconoclastic performer whose legacy dwarfs her output. Though Bush has only released three studio albums this century (including Director’s Cut, a 2011 revisitation of some of her earlier work), her enigmatic and emotional discography still resonates. She’s been nominated for induction to the Rock & Roll Hall of Fame three times (all in the last five years), and her influence is readily apparent in many pop stars with their own unique artistic vision, from Charli XCX to Grimes to Sky Ferreira.

If the “Running Up That Hill” resurgence has given you a kick inside to explore more of Kate Bush’s discography, here are a few key places to start.

Debuts don’t come much more dramatic than this. Bush was just 18 when she wrote this song, inspired by a deep dive into the world of Emily Brontë’s acclaimed romantic novel. The grandiose, Gothic romance — punctuated by a few hypnotic U.K. TV appearances, including a pair of striking, pre-MTV music videos — helped the song soar to the top of the British charts, the first time a woman scored a No. 1 with a song she wrote herself.

The current “Running Up That Hill” renaissance is not the first time Kate Bush’s catalogue has connected with Gen Z listeners. Last year, her U.K. Top 5 “Babooshka” — a tack-sharp relationship melodrama with an irresistible swing — became an out-of-nowhere hit among Tik Tok users. (Between this and Fleetwood Mac’s “Dreams,” it’s hard to overstate the app’s popularity with fans of undeniably witchy music.)

The longtime mutual admiration between Bush and fellow art-rocker Peter Gabriel was a natural progression. She sang back-up on his third solo album in 1980 and was introduced to the Fairlight CMI synthesizer; her infrequent live performances inspired him to follow her example and abandon hand-held microphones for headsets for a freer range of motion. A year after Bush’s bestselling Hounds of Love, she dueted on this track from Gabriel’s blockbuster album So, which stood out from the epic pop sweep of singles like “Sledgehammer” and “In Your Eyes” with its tender, almost gospel-like ode to love amid financial hardship.

First heard in the John Hughes movie She’s Having a Baby, “This Woman’s Work” encapsulated the fragility and power of the feminine experience in a way only few can. That short list includes neo-soul icon Maxwell, whose scintillating cover (originated on MTV Unplugged in 1997 and put on the album Now four years later) remains one of his personal highlights.

If Bush was anticipating a long break from her career after 1993’s The Red Shoes, it didn’t immediately show. Though the album polarized some fans with its less intricate arrangements (meant for a tour that never materialized), her unique voice and artistic restlessness led to a few truly unique team-ups on this record. “Why Should I Love You” was a celebratory song of devotion featuring vocals and guitar by Prince — one of the few times it felt like The Purple One was truly collaborating, as if he’d found a kindred spirit with which to tend a musical garden. Such is Bush’s deal — whether with God or her legions of fans. 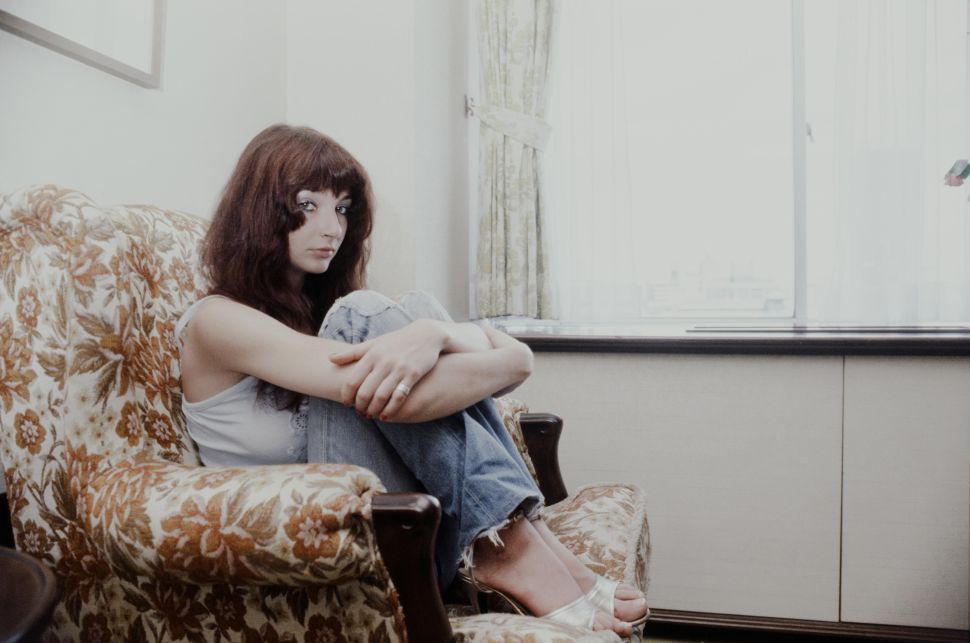