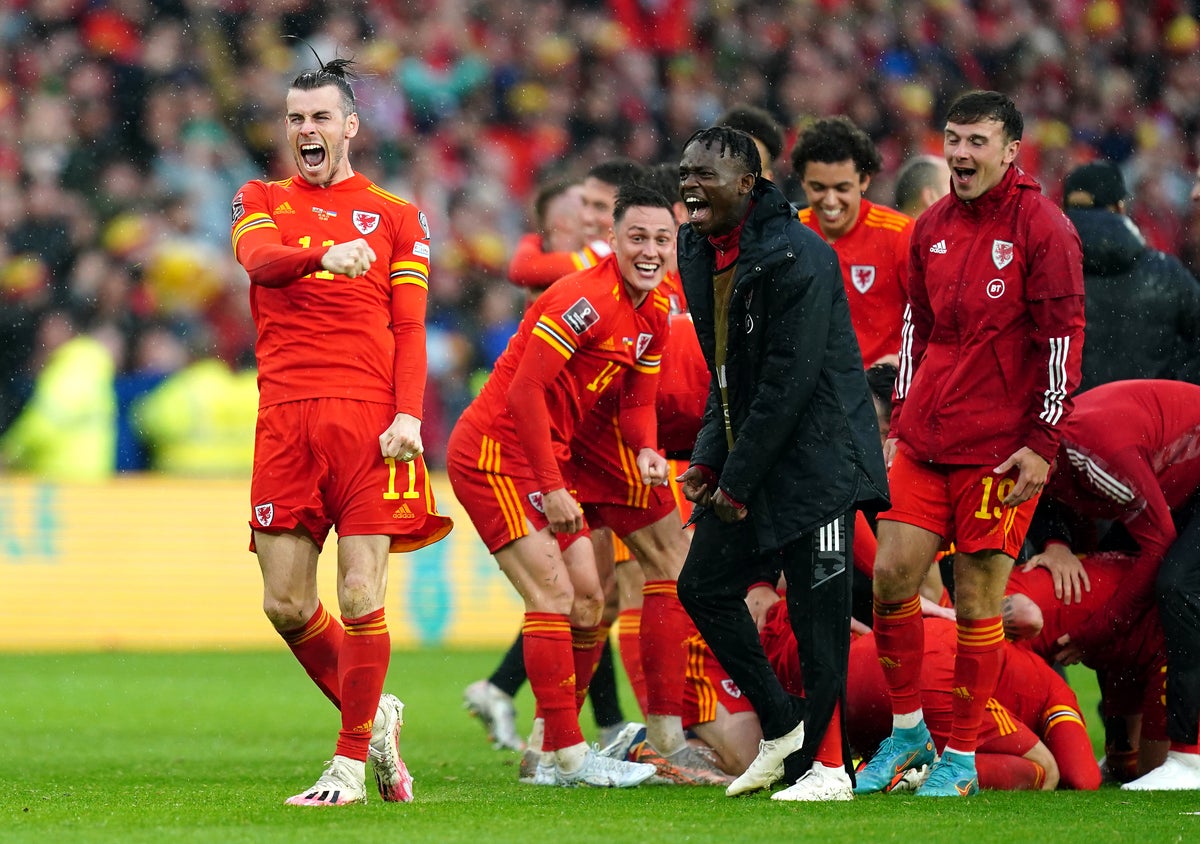 Bale said the 1-0 win was the “greatest” result in the 146-year history of Welsh football, but was the Wales captain correct?

Here, the PA news agency looks at five other contenders for the title.

Of course, this is not the first time Wales have qualified for a World Cup through the play-offs. Their only previous finals appearance in 1958 was secured by a 4-0 aggregate win over Israel. A 2-0 success in Tel Aviv was followed by a similar scoreline at Ninian Park. Ivor Allchurch opened the scoring before Cliff Jones sealed glory with 10 minutes remaining.

England were humiliated in the British Home Championship as Wales beat their neighbours at home for the first time for 25 years. Paul Mariner put England ahead at Wrexham’s Racecourse Ground, but local hero Mickey Thomas and Ian Walsh gave Wales a half-time lead. Leighton James and a Phil Thompson own goal completed the rout.

Germany were world champions when they rolled into Cardiff Arms Park for a 1992 European Championship qualifier. Goalkeeper Neville Southall produced heroics to deny Jurgen Klinsmann and company before Berti Vogts’ side were stunned with 21 minutes remaining. Paul Bodin’s superb pass released Ian Rush, and the Liverpool striker buried his shot past Bodo Ilgner in the German goal.

Just three months after upsetting Germany, Wales incredibly added Brazil to their list of victims. The Cardiff Arms Park clash might only have been a friendly, but it remains the one time that Wales have silenced Brazil’s Samba Beat. Dean Saunders’ second-half volley saw off their opponents, who would go on to win the 1994 World Cup in the United States.

Star-studded Belgium, ranked number one in the world, were expected to brush past Wales at the Euro 2016 quarter-final stage in the French city of Lille – just 10 miles from the Belgian border. Even more so after Radja Nainggolan gave them an early lead. But skipper Ashley Williams equalised before half-time and Hal Robson-Kanu and Sam Vokes sent Wales fans into dreamland.