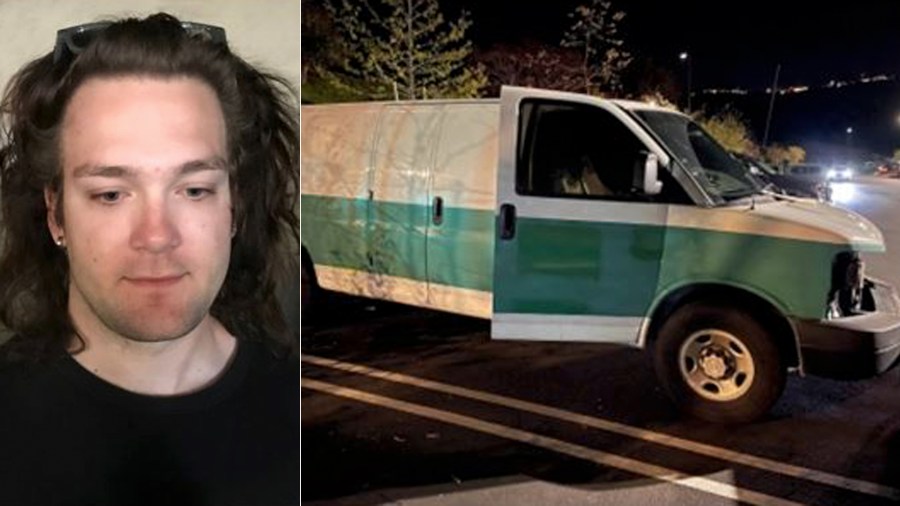 Two women who had encounters with a man being sought for harassing, and in some cases pepper spraying, victims in Costa Mesa spoke to KTLA about their experiences.

Johnny Deven Young, a 25-year-old transient, has been tied to at least two assault incidents during which he recorded video and posted the encounters on social media.

Jessica and her two friends were waiting for an Uber outside Time Nightclub in Costa Mesa in April when she said a man later identified as Young came up to them and started saying vulgar things.

She says he asked to see their “private parts” and if they wanted to see his.

After several minutes, Jessica said her friend tried to fight him off.

Qatar Airways and Airbus set for court clash over A350 paint…

Video posted to Young’s social media then shows him pepper spraying the victims.

“You can’t describe the pain, it was horrible,” Jessica said about the chemical.

She said she couldn’t see after the attack and that’s when Young apparently got away.

Emily said she also had an encounter with Young last November, when she and friends were leaving a tavern in Costa Mesa. Young was with a second person, and this time the camera was visible.

“I just saw him with the camera and when he got in my face with it. I kinda thought it was a joke and he was just doing something, either for internet clout, or just to be some weird social experiment,” Emily told KTLA.

Young’s comments toward her escalated, making her cry. Emily said Young then pepper sprayed her friend when he tried to intervene.

Young is wanted on suspicion of assault with a deadly weapon, hate crime and discharge of tear gas, police said.

Authorities said has a number of social media sites where he identifies himself as an incel, or an involuntary celibate.

He is believed to be a transient, staying with friends or living in his van, and has connections to L.A., Orange and San Diego counties. His last known address was in Las Vegas.

He is driving a white and green Chevrolet cargo van that has no license plates, and is described as being 6 feet tall and 180 to 190 pounds with long blond hair. Police say he may have someone with him.

Sony to ramp up PS5’s manufacturing, targets a 50%…

Monkeypox virus news LIVE – What is the virus &…

‘It tells much of my life story’: John Byrne…

Qatar Airways and Airbus set for court clash over A350 paint…