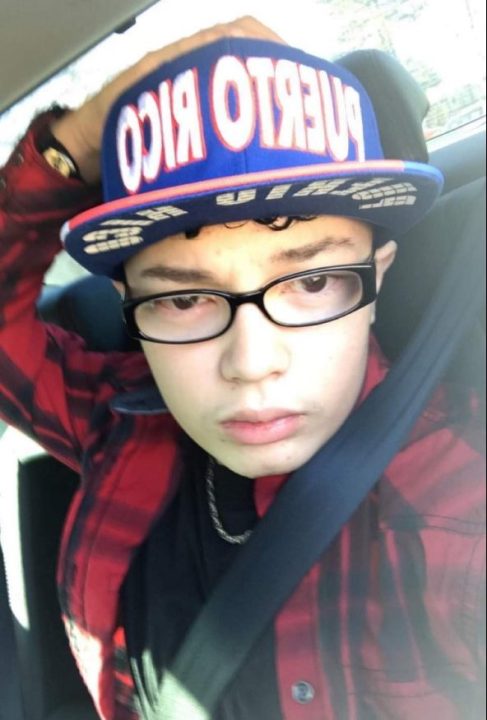 ARVADA, Colo. (KDVR) — The family of 15-year-old Josiah Velasquez is raising overdose awareness after his mom said her son took a “blue 30” pill and died. According to mother Christina Luna, the pill was laced with fentanyl.

“Our babies, our loved ones, are literally finding groups on Facebook and Snapchat and buying this crap off of total strangers,” Luna posted on Facebook.

Gabriel Kreimeyer, Josiah’s older brother, spoke with FOX31 and Channel 2. He told us Josiah purchased the pill on Facebook.

“It’s a supposed to be a Perc 30,” said Kreimeyer, referring to 30 mg Percocet pills. “It’s an opioid that gets you high.” Increasingly, however, the design of those pills is used to create counterfeit pills that are laced with fentanyl, often leading to death for its unsuspecting consumers.

He said his brother, an Arvada High School student, took the pill on May 14 and collapsed at a Dairy Queen. Kreimeyer said even though he wasn’t with his brother at the time, he went back and watched the video surveillance at the store to see how everything unfolded.

“He passed out and fell completely straight and smacked his head on the floor,” Kreimeyer said.

How to get kits to test drugs for fentanyl, medicine to reverse overdoses

Kreimeyer said Josiah was on life support for nearly a week and by that point, the family had learned there was no brain activity at all.

“They ran blood tests and it confirmed it was fentanyl,” Kreimeyer said.

According to the family’s GoFundMe, which is raising money for Josiah’s funeral services, the teen was on life support so family and friends could come and say goodbye.

“It was really traumatizing. It didn’t look like him. You could tell he was suffering. He was seizing the whole time he was on life support,” Kreimeyer said.

On May 21, they took Josiah off life support. His mother said on the GoFundMe account that after Josiah passed, some of his organs were donated and saved three lives.

“He did save three young lives with his organs, and that’s a positive in this,” Kreimeyer said.

His family is now speaking out about the overdose and warning other parents to be aware of what their kids could be buying online. They are also warning teens to be cautious when it comes to experimenting with drugs.

“There has been a rise in these pills being laced with fentanyl, and sadly, my brother was one of the ones who had his life taken by this,” Kreimeyer said.

Kreimeyer said he doesn’t think any drugs are safe from fentanyl.

“This drug is killing a whole entire generation. It really does only take one time, one little pill, to take your life,” Kreimeyer said.